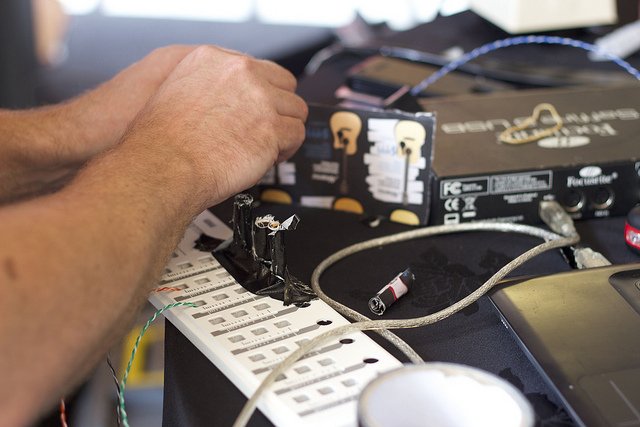 The hack camp at Music Tech Fest is known for its focus on physical objects, inventing noise-making machines, new types of performance, new musical instruments, interfaces and products - as well as working with more intangible materials like APIs, software, and concepts.

At the #MTFCentral hack camp, we’ll be joined by judges that include world-famous artists such as Nitin Sawhney, Reeps One, Graham Massey, Håkan Lidbo  and more - as well as some of the inventors of the very technologies that you’ll be using in the hack camp.

As well project incubation, the chance to develop working prototypes and to work with some amazing companies, we also have some fantastic Sonos speakers to give away as hacker prizes.

You can also see some of the fantastic results of previous Music Tech Fest hack challenges that have since developed into commercial projects, prototypes, performances and new startups in the main festival programme.

Music Tech Fest is free to attend, but places are strictly limited.

Register your place at #MTFCentral now.