NEW FORMATS
UMEÅ SWEDEN 29-31 MAY 2015
Music Tech Fest is the free festival of music ideas, mixing performances and experiments, hacks, demos, and installations. Since 2012 Music Tech Fest has been redefining how music is perceived, performed and experienced. It is now time to build some new formats for music.

We are landing in Sweden - the biggest world exporter of music per capita - and gathering the best minds able to transform this new media landscape, for a Music Tech Fest Scandinavia.

63 degrees North, in the land of the Northern Lights and the Midnight Sun, Umeå [read Ummeyo] is a thriving university town with an open mind, high calibre thinkers, several globally successful companies, and an amazing playground for innovation. We think of it as the Cambridge MA of Europe.

Umeå was European City of Culture in 2014. If you are familiar with the Millennium Trilogy, you will recognise several locations from Stieg Larsson’s childhood here. The city has been running a legendary Jazz fest since 1968 - Ella, Duke, Sarah Vaughan and BB King have all performed there. The world famous Guitars Museum holds a unique collection of electric guitars, including those missing from both Fender and Gibson’s own guitar collections. Read more.

Umeå has a thriving and varied music scene with lots of musicians moving over because of great conditions to develop creative ideas. If you’re hardcore you will know Refused and Meshuggah, if you’re into the classics you will know the exceptional productions by the Norrland Opera. If you’re into Hip-Hop you should meet Gonza-Ra, half Sami, half Colombian. Some of these amazing artists will be interacting with you at the fest.

We are taking over the Arts Campus which includes the Museum of Modern Art (with a roster including installations by Rafael Lozano-Hemmer and the Campana Brothers), the School of Architecture, and the Design Institute which has ranked #1 in the Red Dot rankings for North America and Europe for the third consecutive year. Sliperiet, the old wood mill - which houses the Media Lab, the Interaction Institute, the FabLab, the HumLab and the newly opened SoftLab - has 3D printers which can print the size of a car.

Umeå is home to ground-breaking and innovative musical experimenters. The ‘Voices of Umeå’ project by composer Anders Lind involved the residents of the city in a major series of works that brought unusual musical instruments, new types of musical score and the captured sounds of the city’s vocal chords, gathered through the unique Voice Harvester machine.

Umeå can boast the world’s northernmost hackerspace - which has its own space programme. “We’re cooperating with one of the Google Lunar XPrize teams which are going to the moon next year,” says Tomas Härdin. “The team, called Part-Time Scientists, have four probes which are shaped like oversized Toblerone boxes and we’re designing an experiment that goes into one of these boxes. We’re going to run a camera during the lunar night. And because it’s so cold, the camera will actually run better. But because there’s no sun, there’s no solar energy - so you have to use batteries.” Read more.

Emil Åreng is, all by himself, an excellent reason to visit Umeå. Considered one of the world’s top drinks mixers, he’s gained an international reputation for phenomenal flavours, incredible inventions, and local ingredients collected and prepared by hand. His bar, Open/Closed - an intimate speakeasy in the heart of Umeå - has a unique approach: “We use local flavours and only the best ingredients. We only have one gin. We only have one vodka. We only have one single malt. We only have one bourbon. But we think it’s the best. We don’t have any connection to anyone - we just buy the thing we think is the best.”

A holiday in northern Sweden at the end of May is highly recommended. Not only do you get to hang out in perpetual sunshine, which merely dips below the horizon for a couple of hours around midnight, but you also get to stay in one of the coolest new projects by Snøhetta with views of the river and short walking distance from everything.

Scandinavian prices, you ask? Wait for it - Music Techies get to stay for less than the price of a regular city hostel. To get a special price at the U&Me by Snøhetta register for our newsletter.

#MTFScandi pulls the entire music tech ecosystem under one roof – from the music industry and media, to artists, performers, developers, researchers and hackers.

Register for our newsletter. 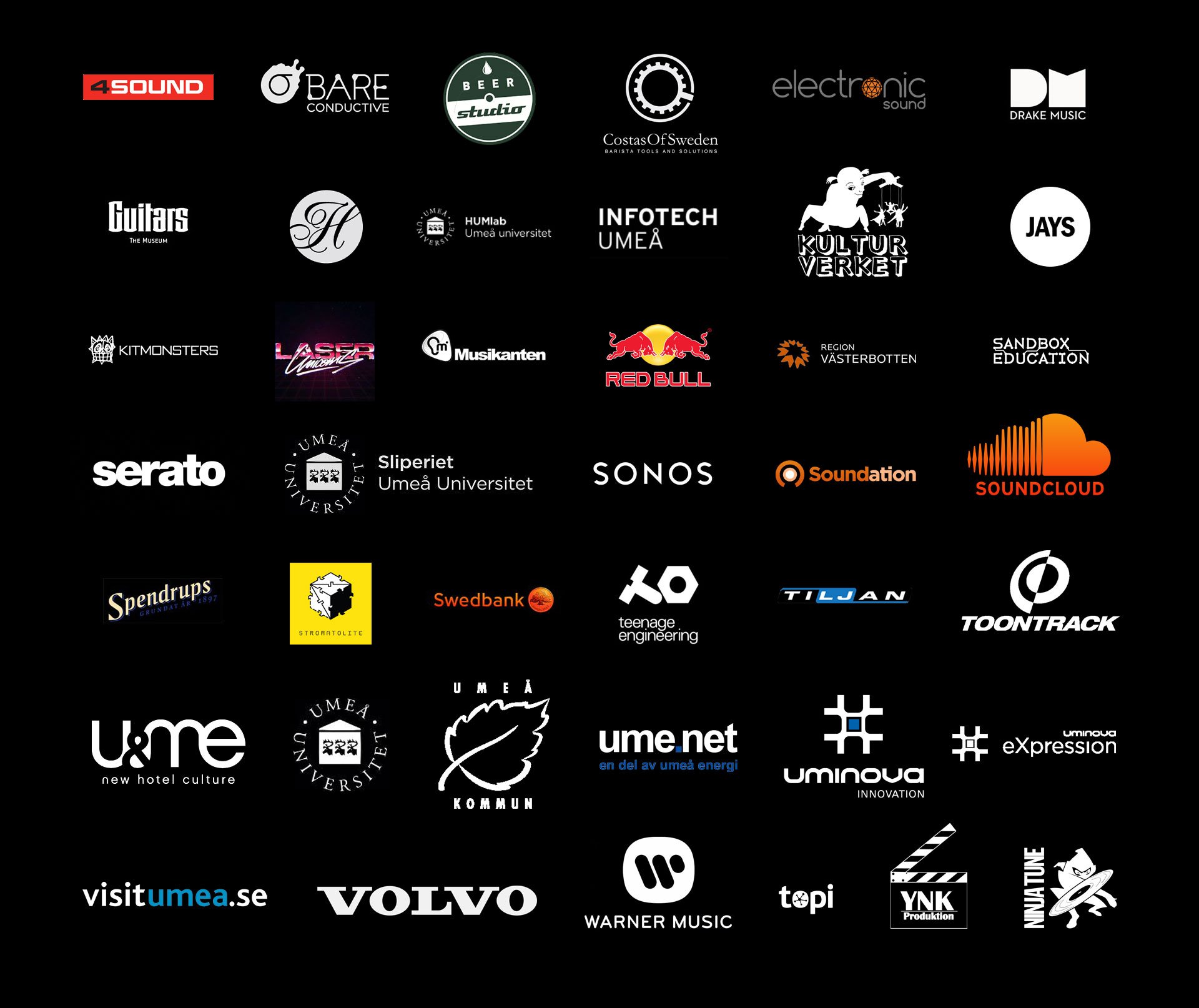