Music Tech Fest went to Liège, Belgium as part of Wallifornia Music Tech at Les Ardentes Festival, 5-6 July 2017. We gathered 14 young people (9 girls and 5 boys) aged between 12 and 16 and spent the day with them building handmade musical instruments, software and devices.

The creations were showcased on stage in a performance that had the students take on the role of aliens from other planets where instruments and sounds differ radically from each other, but through musical collaboration, a common ground could be found and they could combine in a single performance that brought them all together.

Thanks to Gérôme, Greg and Alice from Wallifornia Music Tech, the organisers of Les Ardentes Festival and the whole MTF team for working with our fantastic coaches to make this #MTFSparks event possible. 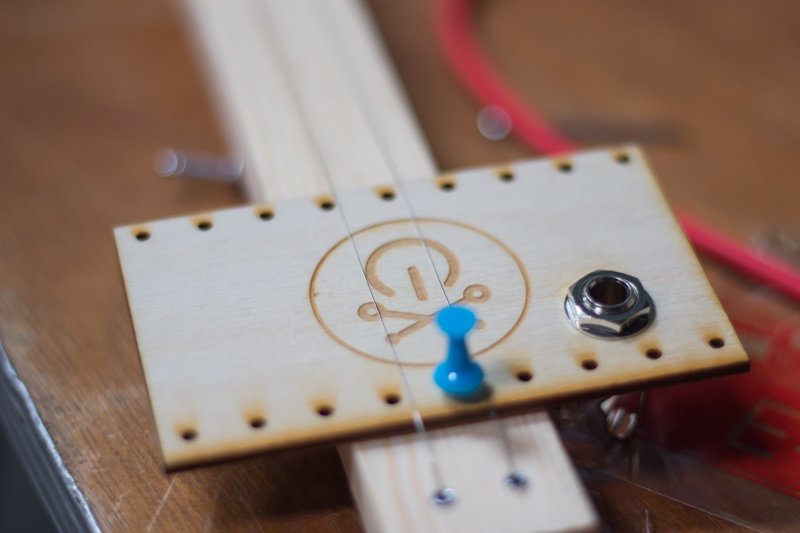 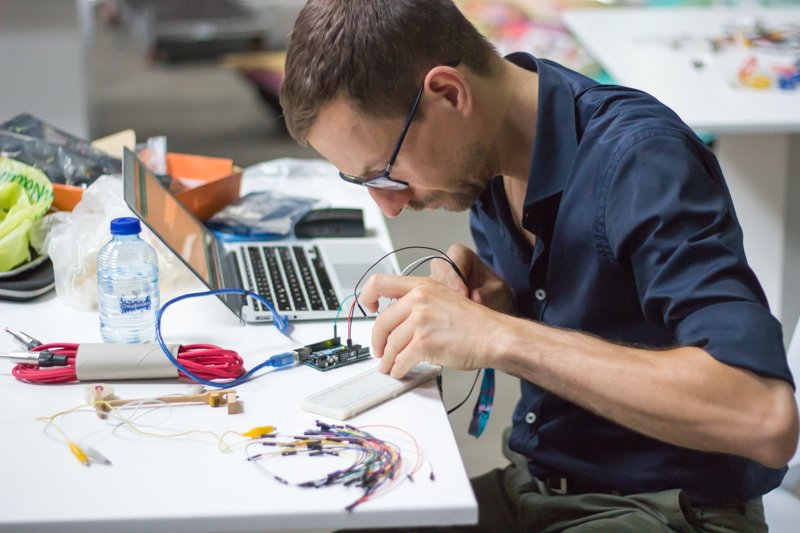 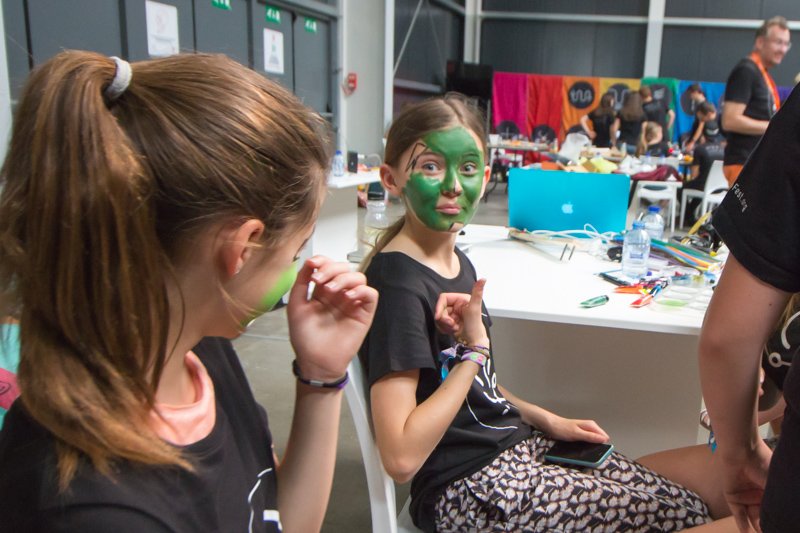 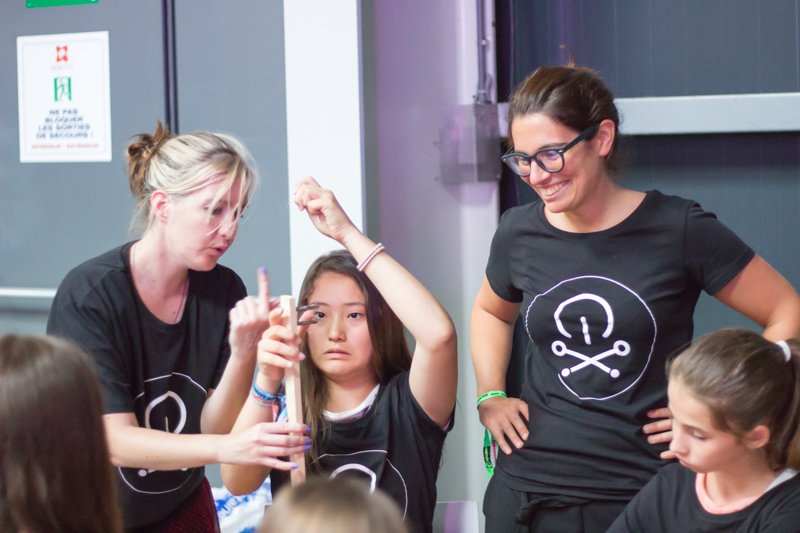 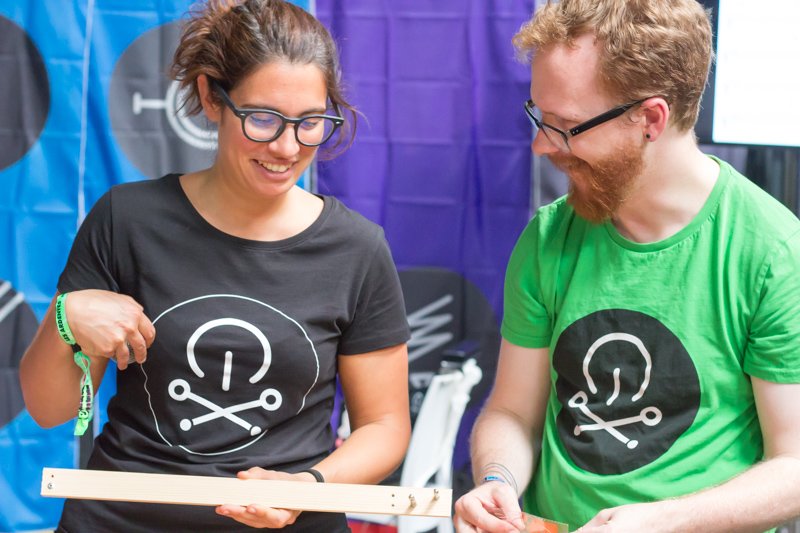 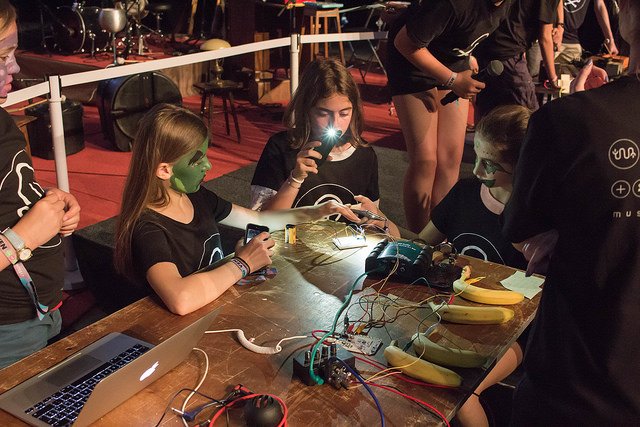 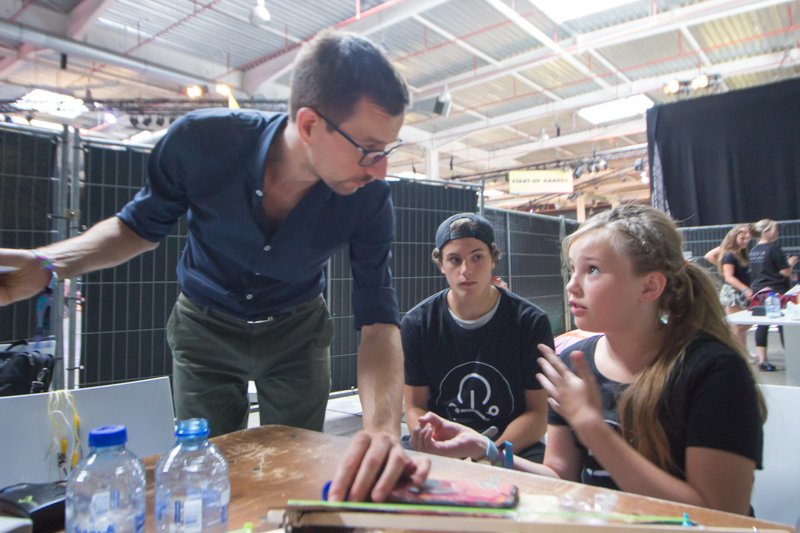 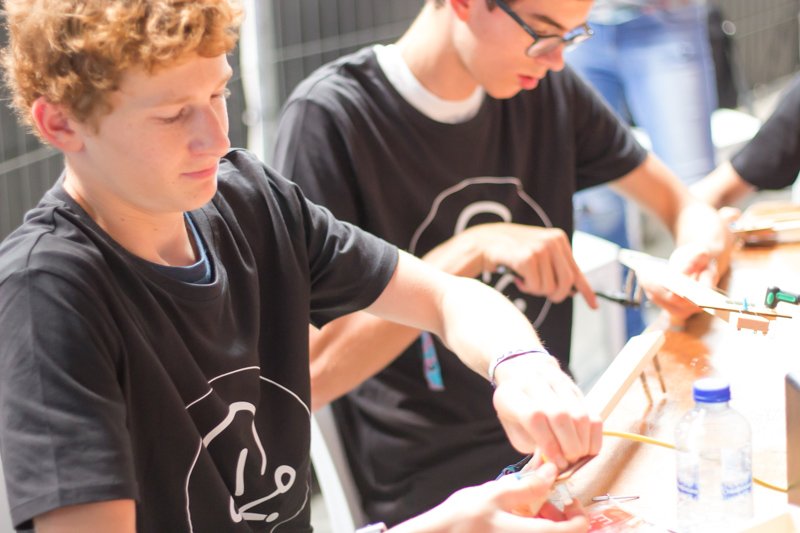 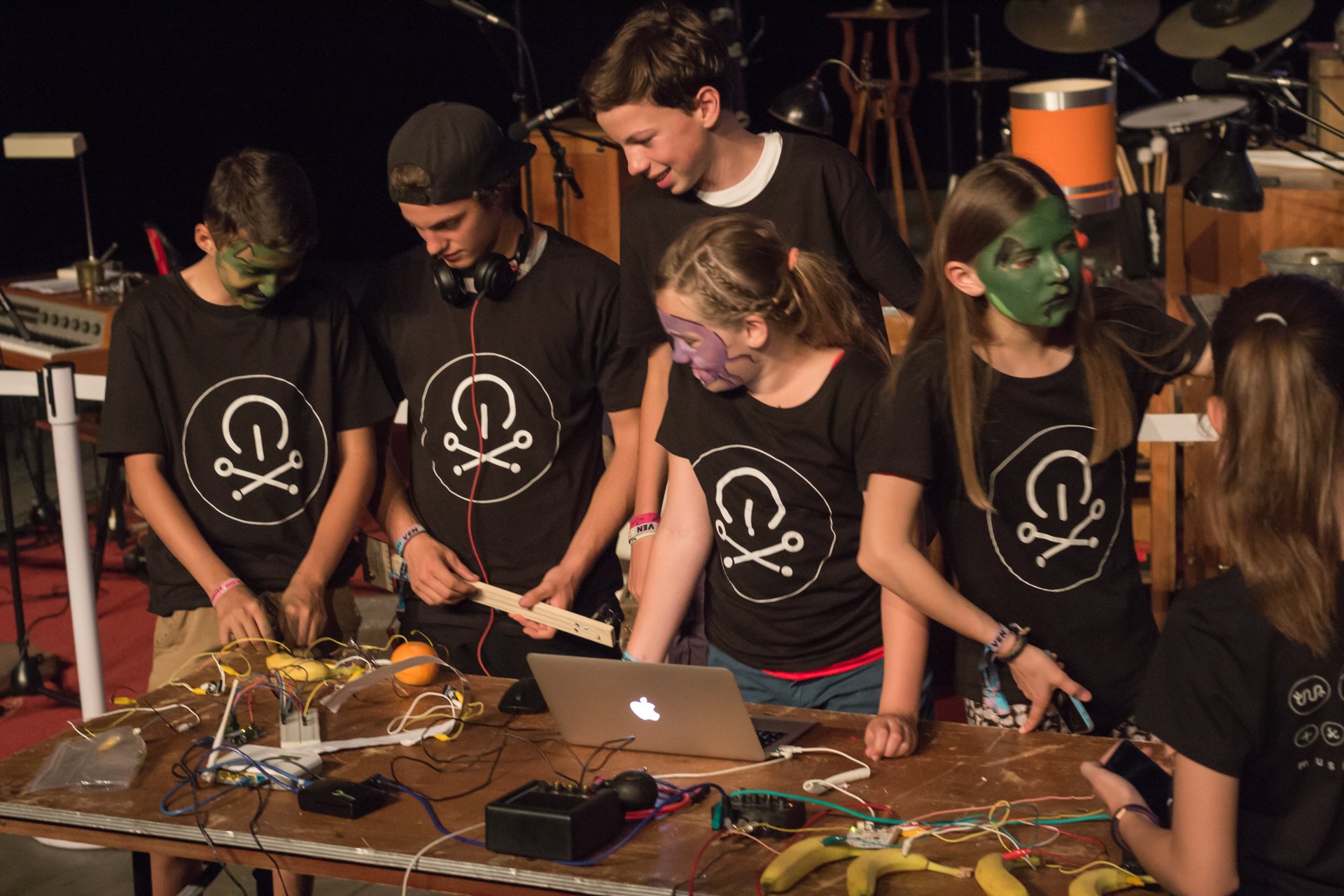 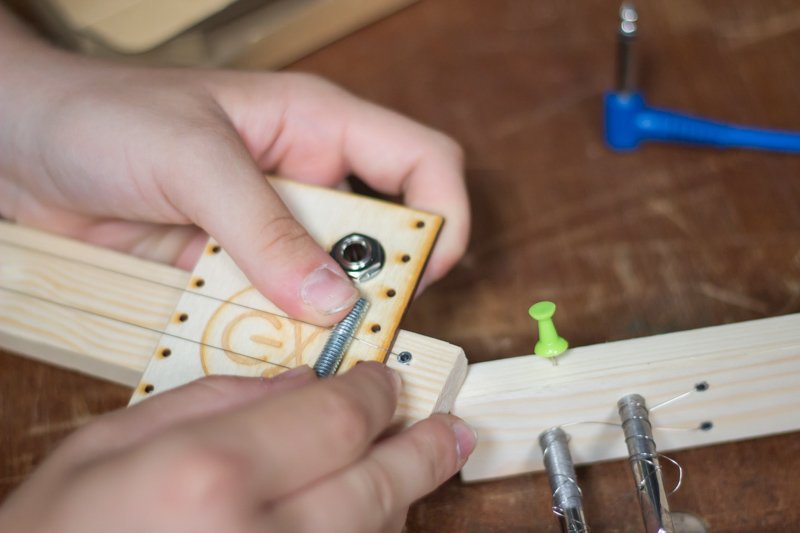 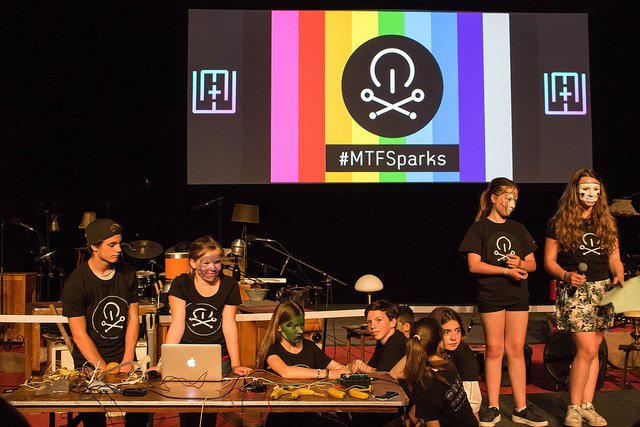 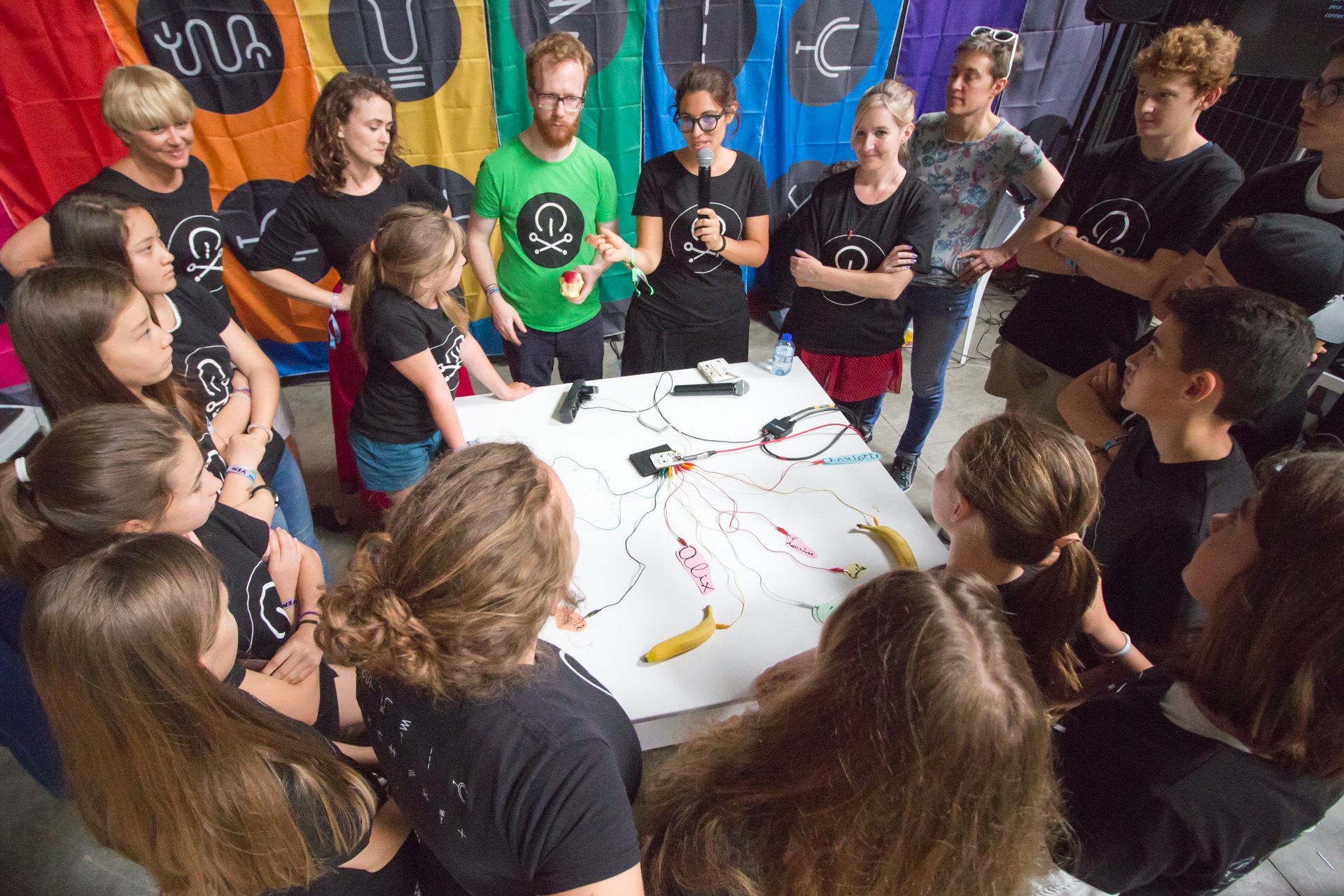 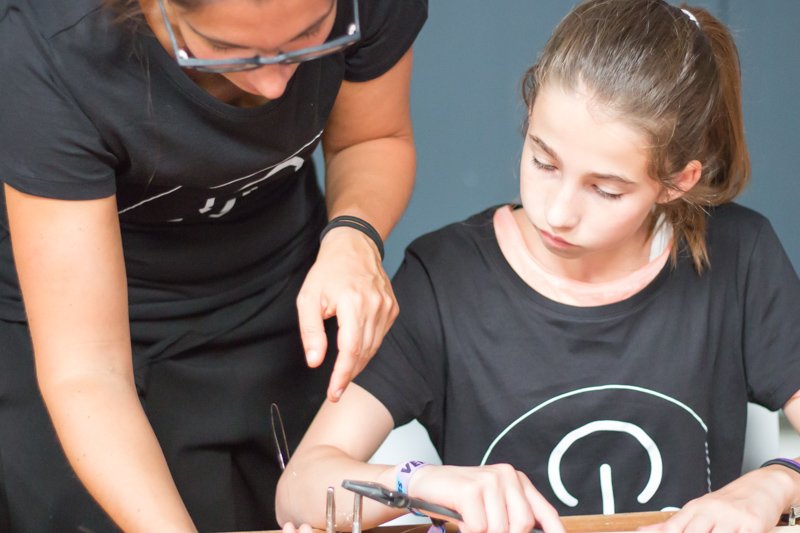 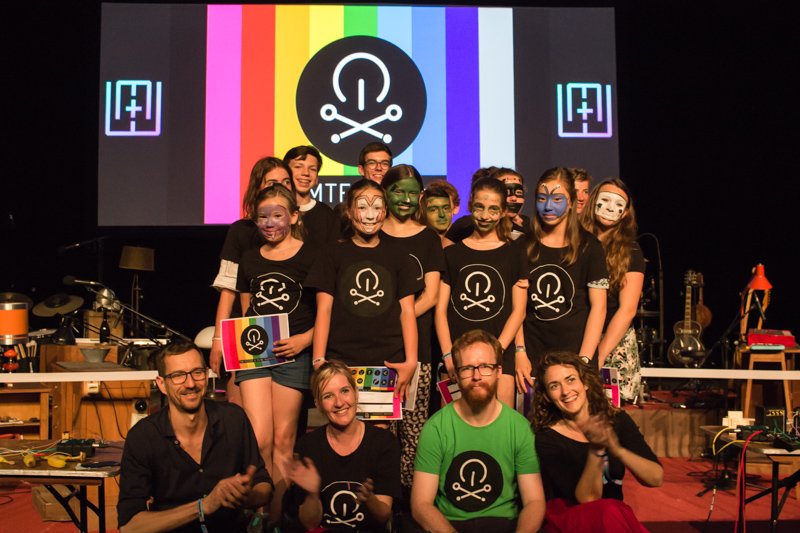 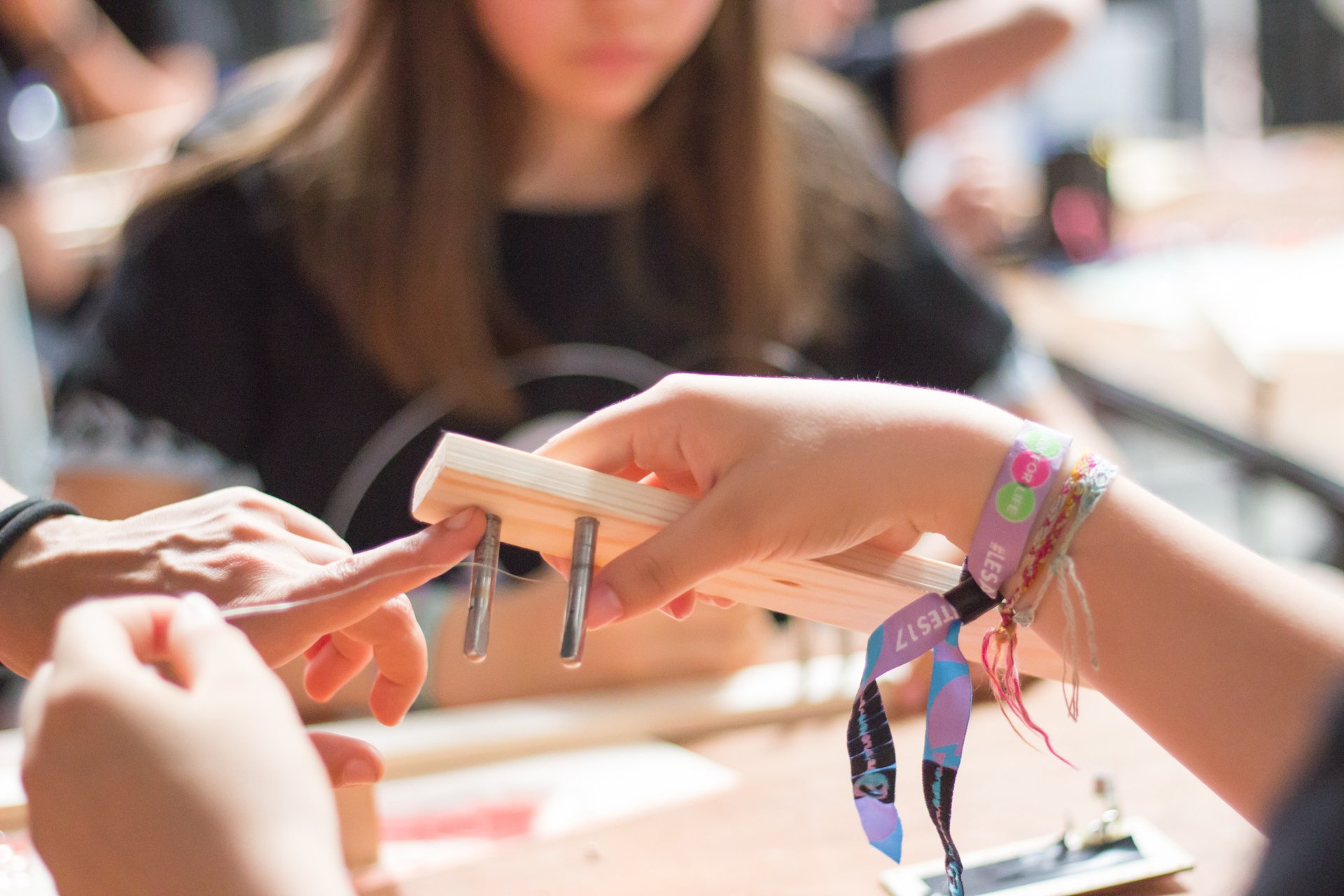 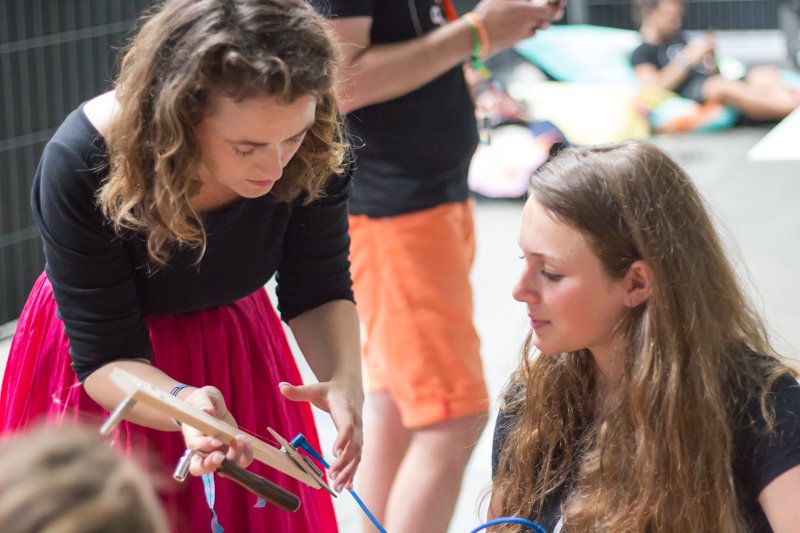 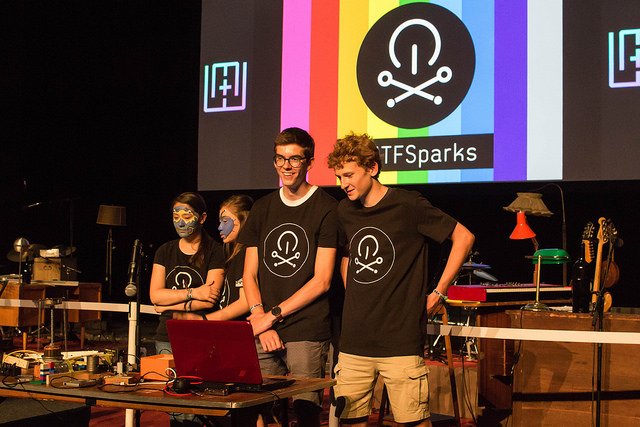 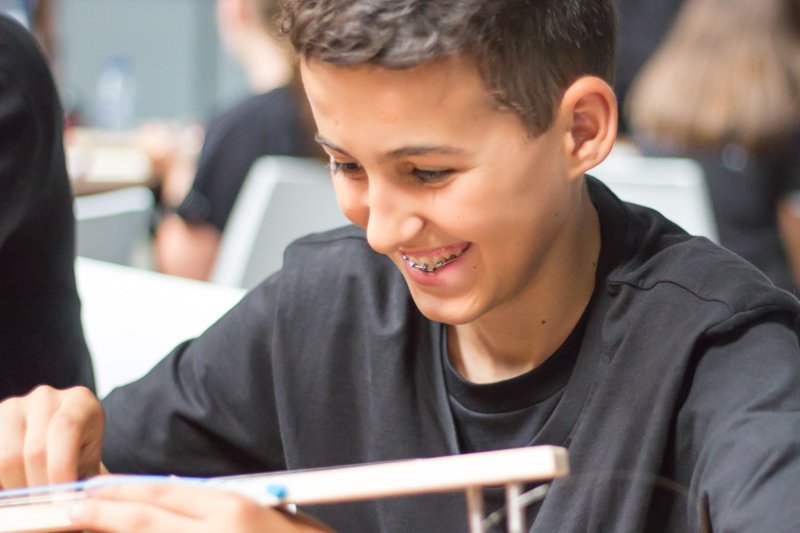 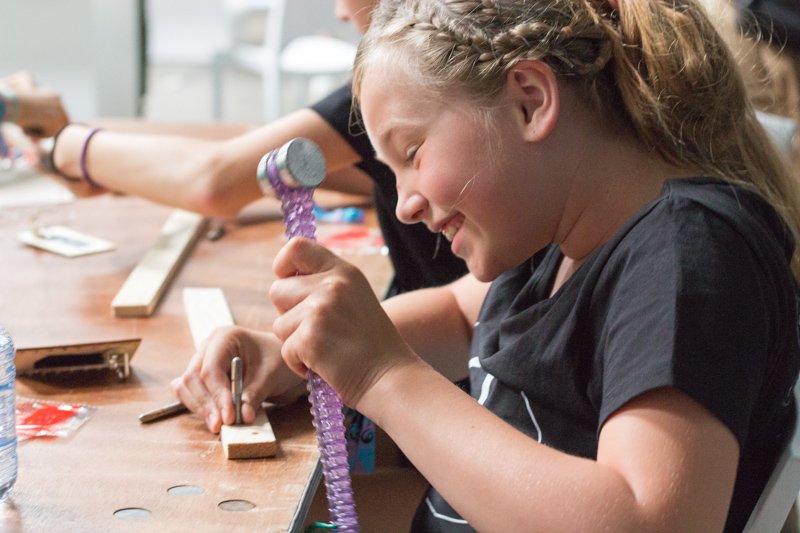 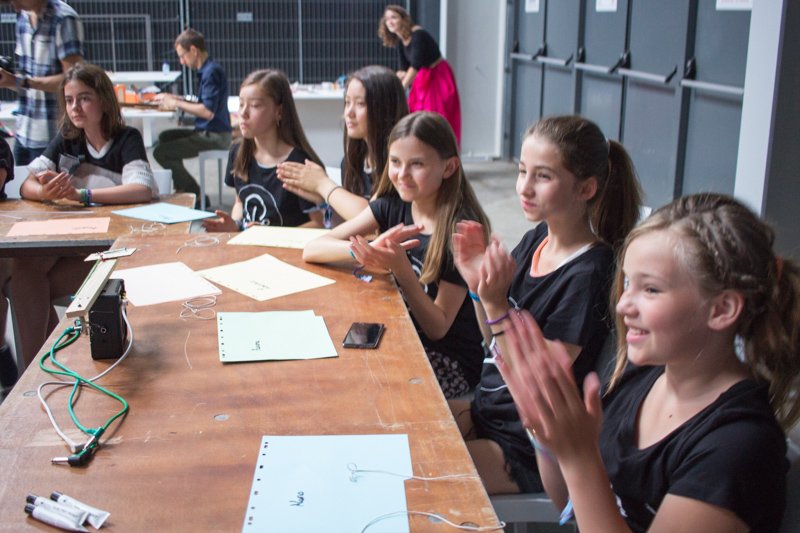 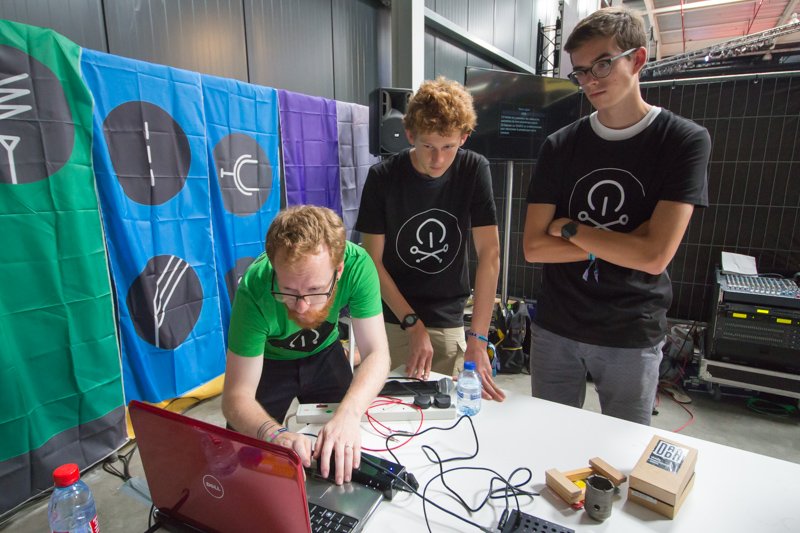 For more about #MTFSparks, check out these short videos.