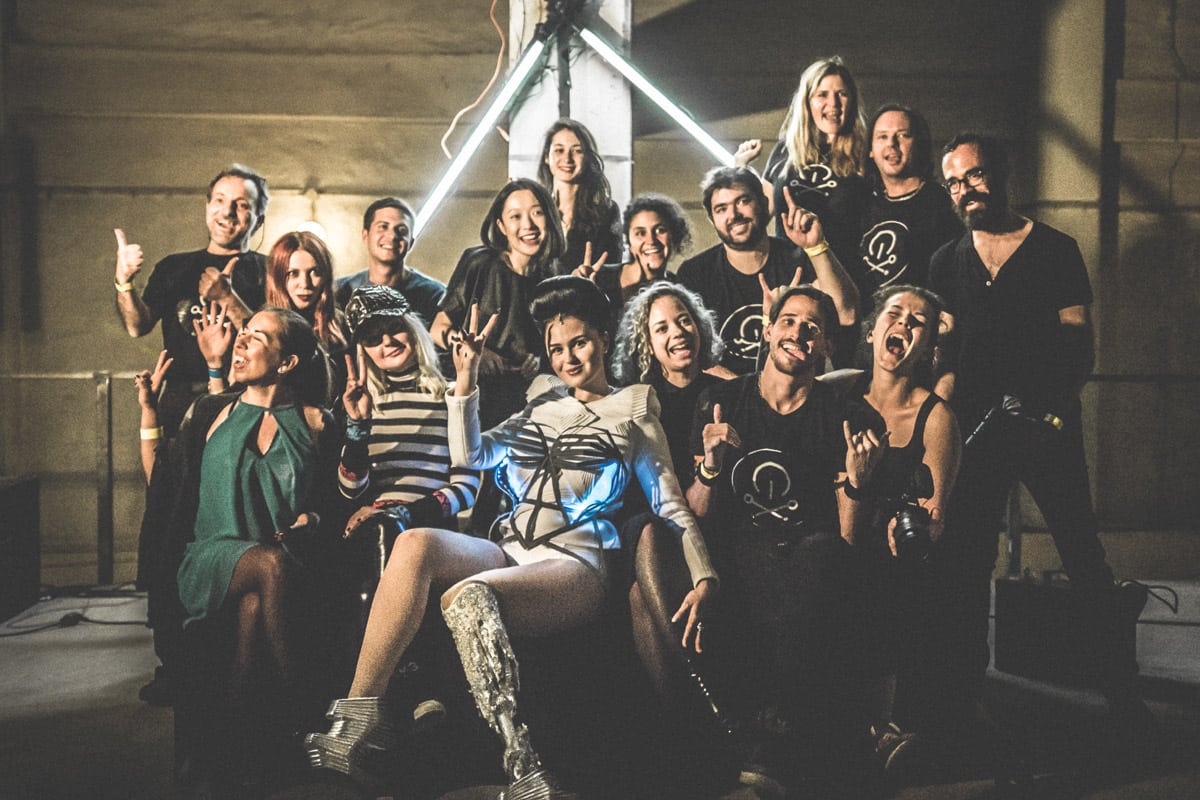 What do you mean by 50% women?
We are making sure that we seek out and include brilliant women from our community in all areas of what we do. Not just on the stage - but in the labs, the hack camp, the business networking and VIP area - everything.

Have you included anyone from the transgender community or considered gender diversity in other ways?
50% women doesn’t mean 50% men. It means less than 50% men. Of the people registered as participants in the festival, 5% have identified as ‘other’. One woman we work with happens to be transgender, but would not consider herself to be ‘other’. We are running a 24 hour creative lab on the subject of Radical Inclusion. We’re interested in the entire spectrum of diversity, and addressing areas where different groups of people have traditionally been excluded - whether in musical performance, the tech sector or innovation.

How did you recruit the category leaders / choose the women to lead each area?
These are people that we already know and have already worked with through the MTF community as part of our previous events as well as our work in innovation policy, education and the music industry. We have over 7000 people in our global community of innovators, and we are spoiled for choice. We wanted to make a deliberate decision to select some of the most brilliant and inspirational women to lead different aspects of MTF Stockholm. More incredible and inspiring women are being announced in the coming weeks.

Are you taking the concept of 50% women beyond the festival?
It’s absolutely woven through everything we do. The festival’s founder, Michela Magas, is European Woman Innovator of the Year and as such is held up as a role model - not just for women but for all people. She is someone who has bridged the worlds of art and science to create an innovation ecosystem that ensures that no talent, no intelligence and no perspectives are left out. Music Tech Fest is built around her vision for inclusion. She is speaking about this at the Women Innovator Awards as part of POLITICO’s Women Leaders conference in Brussels later this week.

What do you hope to achieve with the 50% women policy?
We are at a pivotal moment in history. This is a point of enormous paradigm shifts both technologically and politically. The decisions that guide innovation today will shape the kind of world we live in tomorrow. Women leaders can contribute considerably to creating a better future.

Why did you choose Stockholm to launch this?
Music Tech Fest is a festival of innovation that places music at the centre as a creative springboard to new ideas for all industry sectors. Sweden is the biggest music exporter in the world per capita, with Stockholm very much at the centre of that. It is the number one innovation capital in the Western world. Sweden is the country with perhaps the most progressive gender politics on the planet and encountering women in the lead in any industry here is the norm, rather than the exception. Stockholm is a fantastic place to do business and the city has recently launched a campaign that declares the city ‘A Woman’s Place‘. I can’t think of anywhere better to do this.

How do you plan to evolve the concept of 50% women?
The best outcome for our 50% women policy is that this comes to be the standard for all events, workplaces and contexts - that it becomes utterly unremarkable. Not deliberately including women should be seen as deliberately excluding women.

Don’t you think that by going down this route you could be seen to be discriminating against men?
Men who claim that this is in some way unfair are really just saying that it’s no longer unfair in their favour. 50% women doesn’t mean no men allowed. I’m a man. I’m the director of the festival. I’ve been fortunate enough to be surrounded by inspiring, innovative and incredible women - but these women simply have not been afforded the same opportunities or advantages that men in their position would have access to. This is about equality. What could possibly be discriminatory about equality?

What do you think it will take to get to a point where women are consistently equally or over represented in music and tech?
This is one step on very a long road. More of this sort of thing will make a difference. If taking this step will get more people thinking in this way, then hopefully this will be a cumulative movement. We’re not trying to change the world all by ourselves. This is one pebble in an avalanche.

What other initiatives in support of the festival will you be doing to promote 50% women?
Everything we do to promote the festival has this ethos woven through it. We’re a community with a festival and so our budgets are focused on making things happen for that community. We are fortunate to have some incredibly influential and prominent people in our community - from politicians and business leaders to well known artists and top academics, and they are part of this movement. We’ve published a Manifesto for the Future of Music Technology which very much sums up our ethos of sustainability, inclusion and ethical practices. We bring this ethos into all of our innovation activities across all industry sectors, which have a life beyond the festival context. We work with the top incubators to incubate the best ideas that come out of the festival.

Who are the leaders of each category?
You will know names like Imogen Heap who is leading the Mycelia blockchain labs and Robyn who is the founder of Tekla - an organisation that provides technology workshops for girls. Internet research pioneer Nancy Baym of Microsoft Research New England is leading our research symposium; Danica Kragic of KTH Royal Institute of Technology is a world renowned professor of Robotics and AI; Anouk Wipprecht is a global star of fashion tech; presenter, pianist and synesthete LJ Rich from the BBC will host the Hack Camp; NASA scientist and inventor Kelly Snook leads the Creative Labs. We will be announcing more prominent and influential women in charge of business and media and in the lead of our Jam Camp, MTF Playground, Trackathon for music producers, and Sparks area for families.

How can I get involved with Music Tech Fest?
Tickets to the festival are available at mtflabs.net
To get involved as a participant, artist or innovator, go to https://mtflabs.net/apply

For more information you can email us: info@mtflabs.net

Join us for MTF Stockholm 7-9 September