The jawdropping moment at #MTFLabs Helsinki 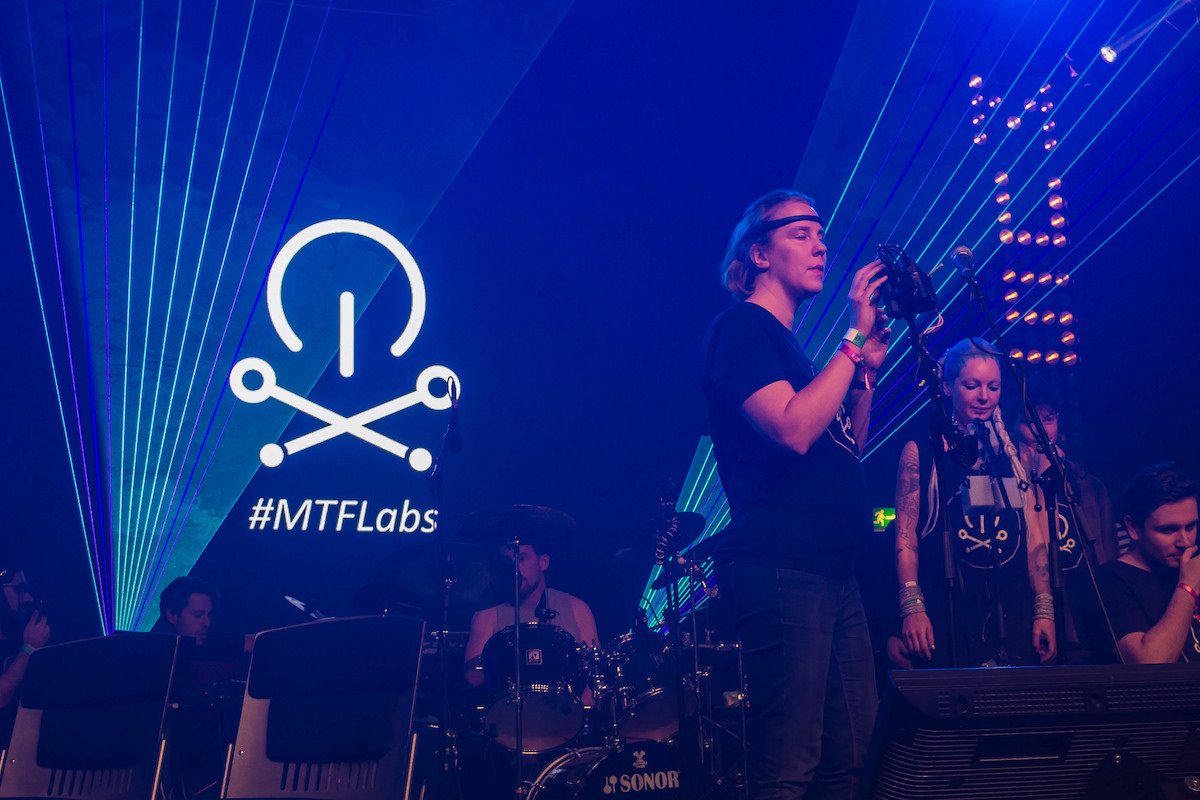 Every time we assemble a diverse group of brilliant and talented people from the wider MTF community, something happens beyond even our high expectations. A jaw-dropping moment. We keep seeing it: not just a clever invention or a brilliant performance - those are a given - but a genuine breakthrough.

It happened again at the recent #MTFLabs in Helsinki during an intensive 5-day testbed event. #MTFLabs placed music at the centre of innovation, and showcased the results to VIP audiences on the Slush Opening Night, in a 20-min performance. The band on the stage included scientists, artists, designers and programmers - most of whom were meeting for the very first time.

At the heart of the #MTFLabs was singer Riikka Hänninen whose incredible voice spans traditional Finnish folk to hard rock. Blind from birth, Riikka was central to the experimentation and showcase of new ideas for accessible music technology, neurofeedback control of sound and visuals: a performance that wove the 19th century Finnish epic poem The Kalevala together with microprocessors, sensors and a live collaboration with cyborg and lab director Jasmine Isdrake.

The team from MuArts, who combine EEG brainwave readers with performing arts, created a playable musical instrument adapted from clinical trials for people with anxiety disorders to recognise the pattern when their brain activity changes so they can train to control it. Most so-called ‘able-bodied’ people required at least 2 hours of training to be able to hit a particular note.

On the second day of the lab Riikka put the neurofeedback device on her head and she was able to play. Instantly.

The neuroscientists had never seen this before and a penny dropped in the room: a person who is, in a traditional sense, considered to have a serious disability, is, in terms of brain-computer interfaces, far more able-bodied than a so-called able-bodied person.

Theories about why Riikka was able to control the brainwave instrument without training were immediately suggested - her focus on sound as a blind person, her intense professional musical training, her intellectual approach to music making (here is a person who sings the soundtrack from the ‘Titanic’ backwards for fun)… none of these are an obvious answer to what is an incredibly important research question, but this calls for further research that could open up new ways of thinking about how the brain works.

Fascinating stuff - and the tip of the iceberg. Everything that was invented in the lab and performed on stage was recorded in the blockchain live at the point of creation, so that everyone’s unique contribution could be tracked with full and transparent attribution. Read more about that here.

Watch the video above to get a taste of what happened - and a flavour of things to come when we launch our next major Music Tech Fest - in Stockholm later this year.

← Blockchain AI and beyond Announcing #MTFStockholm →