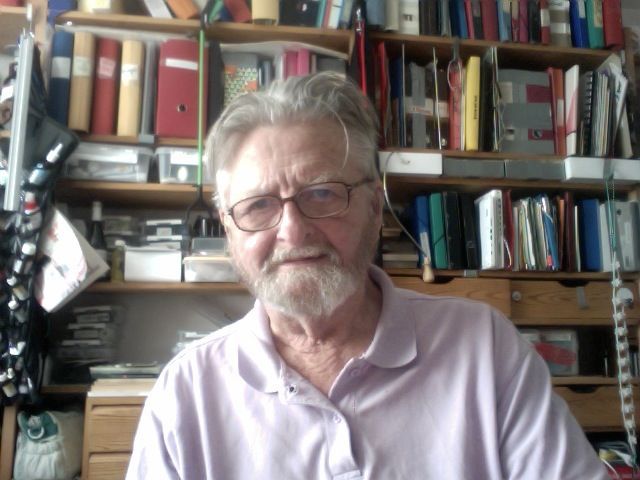 Tamas Ungvary was born 1936 in Hungary. His music career started when he became a member of the Hungarian State Symphonie Orchestra (1957-67). He took conducting studies with Dean Dixon, Albert Simon and at the Mozarteum in Salzburg (Austria) with G. Wimberger 1964-1969. In 1969 he moved to Stockholm where he continued to conduct and in 1972 also started to compose. Between 1975 and 1992 he was on the staff of “Stiftelsen Electro-Acoustic Music in Sweden” (EMS) as composer in residence, studio assistant, lecturer, software and artistic manager. During this period he created numerous interactive real-time software packages for composition.

As a composer, Ungvary has been influanced by Gy. Ligeti, Y. Xenakis and the swedish computer music pioneer, J.W. Morthensson. Important dates in his career are marked by some his key compositions including World Music Days: 1972 (Seul),-73 (Basic Barrier), -75 (Traum des Einsamen), -85 (L’Aube des Flammes), -95 (Grattis). He won First Prize at the international NEWCOMP competition for computer music in Boston 1987 (Gipsy children…) and has also been awarded at the Int. Competition of Electro-Acoustic Music in Bourges (France) and at “Ars Electronica” 1994 (Linz-Austria). His works have been presented all over the world including festivals such as Warsawa Automn, Biennale in Zagreb, Wien Modern, Inventionen (Berlin), Nordic Music Days and he was the guest of the DAAD “Berliner Künstler program” 1989.

In order to study the interaction between music and human motion, Ungvary founded and led the Kineto Auditory Communication Research (KACOR) Group at the Dept. of Speech, Music and Hearing at the Royal Institute of Technology, Stockholm untill 2002. As a part of this research, he also created an improved Sentograph based hyperinstrument, Sensorg.

Between 1991 and 2001 Ungvary has been the course leader of Computer Music and Electronic Media at the University of Music and Performing Arts in Vienna. His essays and articles have been published in “Leonardo”, in the proceedings of scientific congresses and in various books. The President of the Republic of Austria honored him with the title “Professor” in 1996. Lately he has become an instructor of a chinese medical care, “Zhineng Qigong” and practitioner of autogenic training, kineziology, ear acupunture and hirudotherapy.