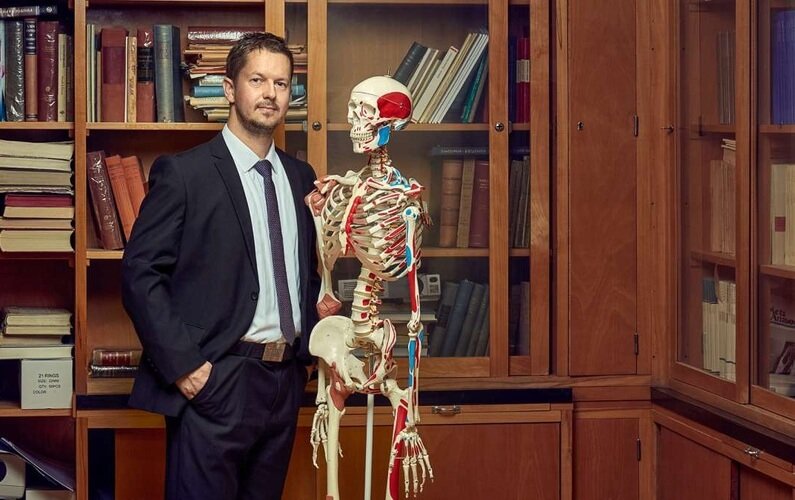 Sven Maričić is one of the pioneers of Additive Manufacturing technologies in Croatia. Eleven years ago, he created the first printed medical model which launched Croatia into the elite club of highly developed countries where 3D print is applied in surgery.
After completing a Master’s degree in the area of production engineering at the Faculty of Engineering of the University of Rijeka, he continued with his scientific research at the same faculty. In 2011 he was awarded his Ph.D. in Engineering on the topic of the development of biocompatible parts in biotechnology.

His current position is assistant professor at the Faculty of Medicine and Director of the Center for Biomodeling and Innovation and rector advisor for new technologies of the Juraj Dobrila University of Pula. His current professional work is focused on CAD/CAM 3D modelling and the development of endoscopic surgical instruments. He regularly participates in seminars of his academic research areas and holds lectures on biotechnology for both professional circles and the general public.

He is the winner of the annual City of Rijeka (2014) award for extraordinary and recognizable contribution to the development, improvement and popularization of science.

In addition to scientific work, mr. Maričić is also dedicated to the popularization of science. He has been a project leader and associate on several scientific-research and technological projects where 3D technology has been brought closer to the general public and has contributed significantly to the development of science in a specific and creative way. He is one of the initiators, but also a lecturer on 3D workshops designed for children and adults, and one of the initiators and organizers (2014, 2015, 2016) of the international workshop in 3D technology - ReScience.

As a mentor at the StartUP incubator in Rijeka, he encouraged and supported many students to discover and shape their business ideas for which they have been awarded with many international awards at European and world level. Under his mentorship, many start up projects with domestic and foreign awards, including the first domestic 3D puzzles for blind children, were made as well as the first Croatian 3D printed microscope. He is also an international speaker at many conferences such as TEDx, Nutricomm and others.

Sven Maričić is a strong believer that it is a privilege but also a duty and obligation to use all acquired knowledge and to share it in order to make our community and world a more positive and comfortable place to live in.