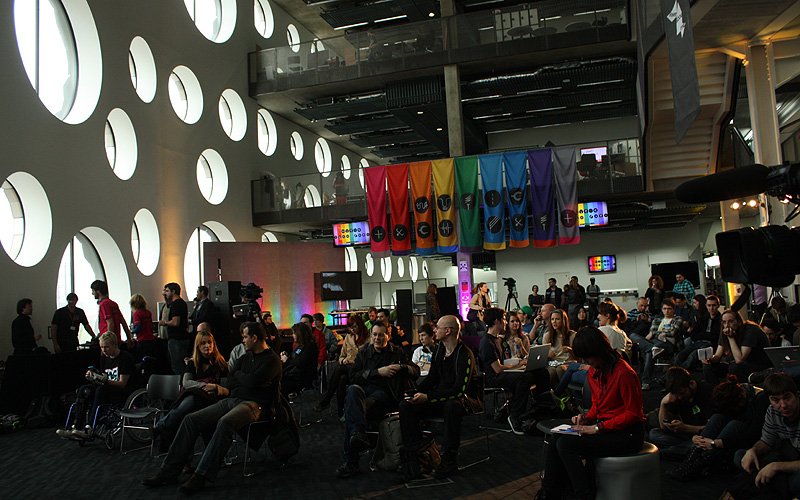 European history is full of people who make a difference by combining artistic and scientific thinking. In the world of music, for instance, Busoni, Russolo, Theremin, Schaeffer, Varèse and Stockhausen expanded the boundaries of the art by exploring the creative possibilities of cutting edge technologies. Daphne Oram and Delia Derbyshire at the BBC Radiophonic Workshop - and later, the Beatles and Radiohead - all famously pushed at the limits of technical musical production in order to reimagine what music could be.

In 1959 CP Snow gave a lecture at Cambridge University called ‘The Two Cultures and The Scientific Revolution‘. It described the differences between the culture of scientific thought on one hand, and the culture of literary, artistic thought on the other. Snow wasn’t simply identifying two different ways of seeing the world. He was diagnosing a problem: that a divide between artistic expression and technological advancement is unhelpful.

The European Roadmap for Music Information Research (MIReS) project was, in large part, about bridging that divide. MIR is a field of science that’s all about the analysis of a form of artistic expression. The Scientific Director of that project, Michela Magas  is a designer and an artist as well as a computer programmer and software developer. As a way of bringing people of those different worlds together, she started the Music Tech Fest.

Music Tech Fest is a spinoff organisation from the MIReS project that brings together musicians and technologists, industry and academia, artists and scientists under one roof. The festival is run as an innovative SME with a small team and a large, global community that bridges art and science.

I am a professor within the Birmingham Centre for Media and Cultural Studies at Birmingham City University - and I specialise in Music Industry Innovation. As someone who studies culture for a living, I find those so-called cultural divides fascinating - but not as fascinating as what happens when you manage to break them down and merge them together. So when I was invited to present my research at Music Tech Fest, I jumped at the opportunity. And, like most of the festival’s production team, I came along one day in order to take part, and I simply never went home.

Today I’m the director of the festival. Let me tell you why…

It’s probably quite hard to imagine a Music Tech Fest if you’ve never been to one. On the surface, the festival is a series of back to back performances, presentations and demonstrations alongside a 24-hour music hack camp. Scientific minds working with ‘state of the art’ technology, and artists working with ‘state of the science’ musical expression. But what really makes it work - the magic ingredient - is people making things. Specifically, making things together.

Michela Magas created Music Tech Fest as a way to connect the entire music technology ecosystem. The space she created as a legacy for MIReS allowed researchers, innovators, hackers, artists, startups, creative SMEs, media players, the global technology companies and music industries to get together, create and share ideas. Music Tech Fest has opened up the field of Music Information Research to the Creative Industries. As a result, the festival allows for all kinds of collaborations and cooperations that were previously unthinkable. It’s not just a celebration of the future of music - it’s also a creative laboratory where that future is invented.

The cultural divide that Snow described so often prevents dialogue and interaction, and that prevents innovation. At Music Tech Fest, people experiment, make things and collaborate across disciplines. As a result - you don’t just get new ideas, you get new types of ideas.  Those ideas are incubated, the community gives life to the projects, and they are venture funded, developed into research projects or supported in the public arts space. The things that start at Music Tech Fest often go on to have a life beyond the festival. What Music Tech Fest does to extend the legacy of MIReS is to take that central idea of crossing the state of the art with the state of the science and creating an experimental space where specialist knowledge becomes conversation, conversations become ideas, and ideas become projects.

And that’s why it works. That’s why I never went home - quite literally. We’ve started to take the festival around the world. We’ve been to New Zealand and the United States. This month, we’re in London for the third year in a row. We’re at the home of the London Symphony Orchestra showcasing everything from a composition created by a computer to a brainwave quartet, wearable instruments to playable environments, geek punk to musical bio-feedback therapy. We’re heading to Berlin in October and teaming up with Fraunhofer and the Berklee College of Music. We’re in Paris with IRCAM in the Pompidou Centre in November, and we’ll be hosted by NYU and the New York Hall of Science in December. We’re in a dozen global locations in 2015. Music Tech Fest is a rapidly expanding global community.

On a personal note, one of the things that most excites me about Music Tech Fest is that it’s not a festival with a community - but a community with a festival. It’s celebration of something we all hold very dear, regardless of our culture. It’s incredible to witness. Everyone gets involved and donates their time, energy and ideas. The team of people who, like me, stayed - have done so because we feel that in a way nothing else really can, the festival represents us.

The connections, collaborations and new projects that come out of it never cease to amaze me.

For instance, as a result of Music Tech Fest, Geoff Howse from award-winning arts collective Thickear became artist-in-residence at Stromatolite and became heavily involved in the successful EU ICT & Art Connect project.  In fact, several people from the Music Tech Fest ended up as residents in the ICT & Art project. Today, Geoff is the festival’s Production Manager.

BBC Click presenter LJ Rich attended the Music Tech Fest Boston in March as a first-time hacker, and has since remodelled her career by collaborating with technologists and developers to create several experiential and music therapy applications. She has showcased these art installations and commercial prototypes at TEDx Tokyo and at exhibitions in London. Her hack collaborators from Boston have made the journey to Music Tech Fest London to present the results of their collaboration.

As a young student, Adam John Williams won the grand hack prize at the festival two years running, and was subsequently featured by the BBC for his brainwave music project. He has since joined us around the world as coordinator of the hack camp. We have developed and promoted the idea of a ‘hacker-in-residence’ - and Adam currently works in this role at RS Components.

Several startup ideas have been initiated at the festival; Steven Hill of Warp Records launched an incubator for artists; some of our hackers have developed innovative apps for music labels; and artists have gone on to collaborate with academic research teams. There are plenty of case studies on the Music Tech Fest blog, and more emerge all the time as we host events in more places.

As an academic myself, it was incredibly gratifying for some of the leading lights in American scholarship to bring together an ‘Afterparty’ symposium inspired by the Music Tech Fest at Microsoft Research in Boston. At that meeting, led by Nancy Baym and Jonathan Sterne, twenty of the world’s leading academics at the intersection of music and technology drafted a Manifesto for the Future of Music Technology. The manifesto has been undersigned by hundreds of people around the world - including European project officers - and the Monday ‘afterparty’ symposium has now become a regular feature of Music Tech Fest events worldwide, bringing together a diverse range of academics to create new, interdisciplinary research projects exploring both the state of the art - and the state of the science.

There’s a good reason why Europe’s a world leader in music technology - and always has been. From the pioneering innovators of early electronic music to the startups and tech companies that dominate the online music space, Europeans have long shown the way with a fusion of scientific and creative thinking. The approach at the heart of Music Tech Fest builds on that advantage. That synthesis of artistic experimentation and scientific thinking provides the catalyst for radical innovation. Of course, there’s an economic upside to that, involving incubators, venture funding, new platforms and services. But more than that - there is an enormous social and cultural upside.

The MIReS project’s legacy is a contribution to a world in which science and the arts are not at odds, but are part of an integrated way of thinking that allows us to explore, through music technology, what it means to be human, to create, and to participate.