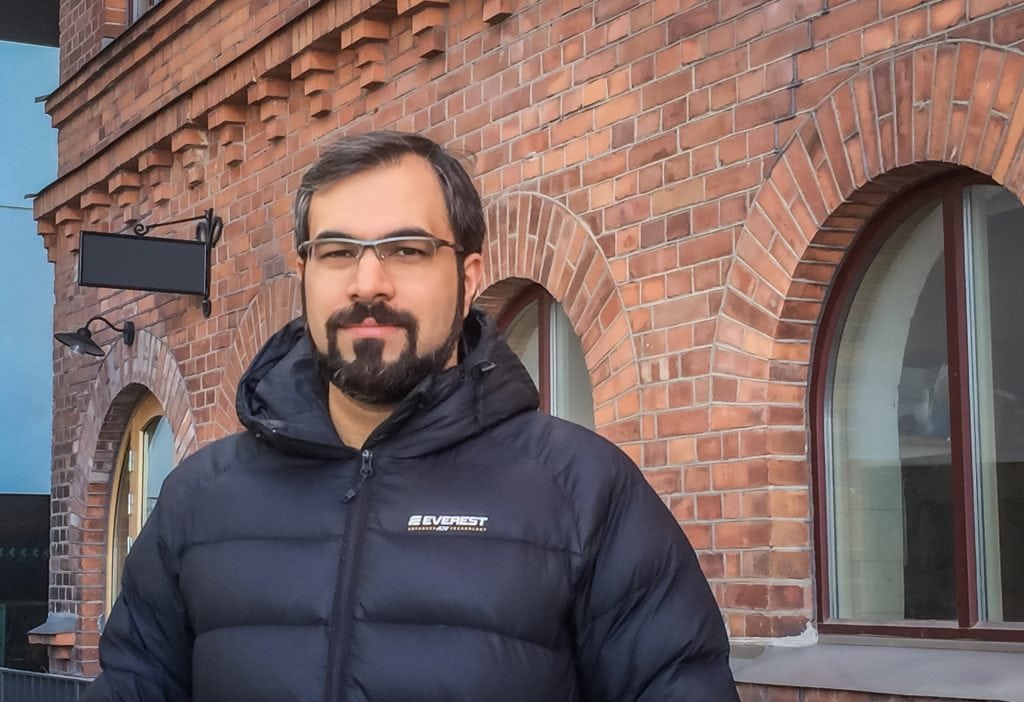 I was born in Tehran, Iran, in March 1984. I come from a family with an artistic background. Since I was a kid I have been very interest in art and technology due to my father’s early adoption of computer graphics and I was lucky enough to try the very first computer programs out there that were designed and developed for creating art.

The very first time I got to play with Photoshop 1.0 I instantly fell in love with computer graphics. It was like a miracle, but what was even more interesting to me was, to find out how these computer programs created. My main hobby as a 10 years old was to try different tools to create small, simple, interactive programs which could react to a user’s interaction by playing a sound or showing a text or image.

In the 7th grade, I programed my very first computer game which was a very simple game of “Guess the word”. At the time, I didn’t own a PC, so I had to write the whole thing on paper. Then I got to borrow a PC for only an hour. When I put the code into the PC and ran the code, the game started working for 1 minute and then crashed. It was very short but I still could see my own code in action.

I finished high school in mathematics in 2001 and went to Design School in Tehran in 2002. During my studies, I also worked as a designer for several design companies for around 10 years and I graduated with master’s degree in 2012.

Since I started my studies in the field of design, I also started learning advanced programming in my spare time using books and other references I could find. During the years 2012 to 2014 I took a break from design and worked with my second passion as a computer programmer, and in August 2014 I moved to Umeå, Sweden to study for a master’s degree in Human-Computer Interaction and Social Media.

In May 2016 I graduated from Umeå University and started an IT firm which is currently active and developing in collaboration with a Swedish company specializing in SEO.

A year earlier, In May 2015 I had the opportunity to attend Music Tech Fest in Umeå - and was lucky to win one of the few prizes at the festival’s 24-hour hackathon.

Since then, I have been a part of the wonderful family of Music Tech Fest and this September, during MTF Stockholm, I will be attending the 24-hour Hack Camp again. I’m excited to see my MTF friends soon, and invite you to take the opportunity and join us.