Reinventing Music in the Digital Age 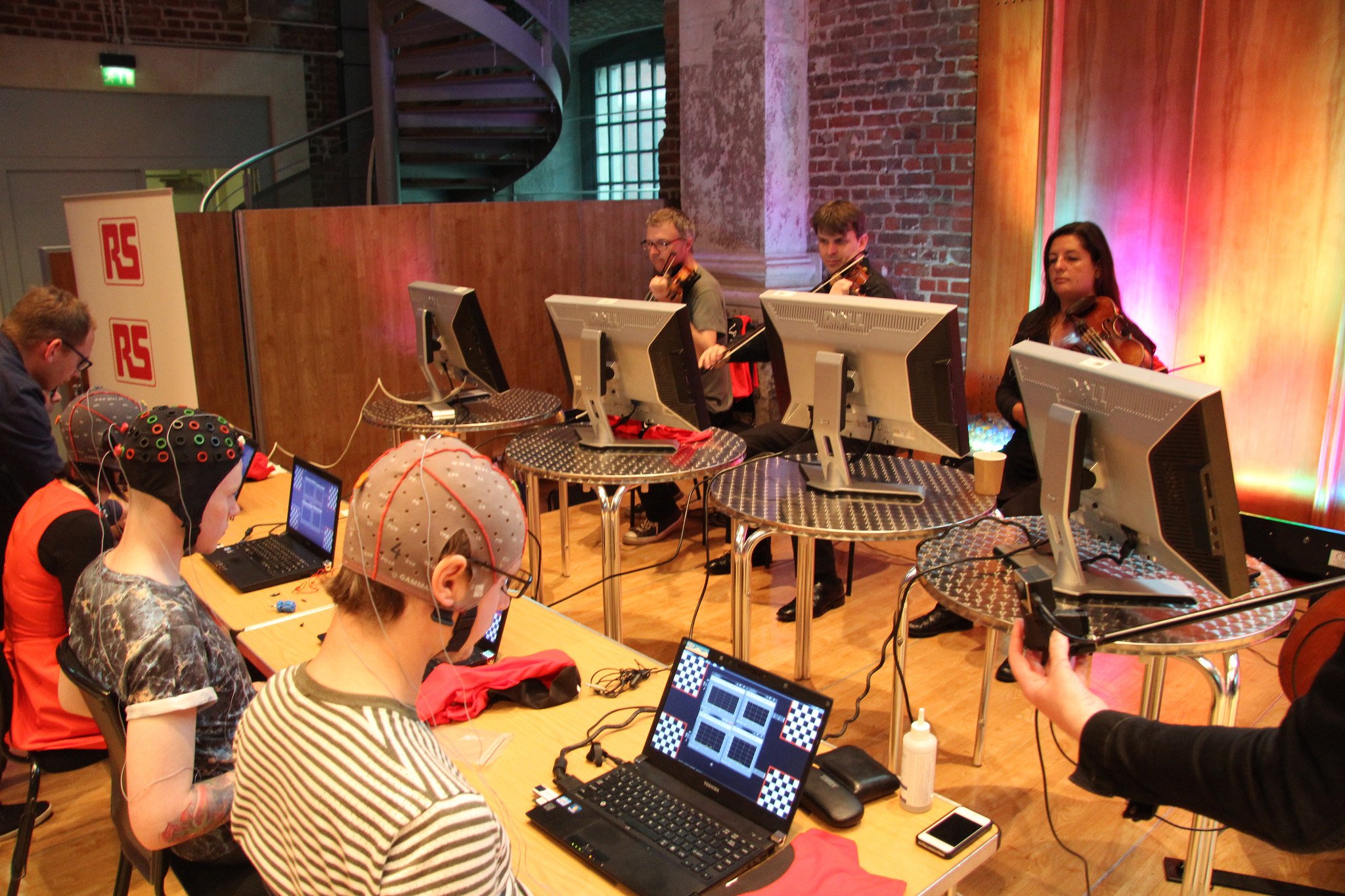 “A broad perspective takes into account the many types of “currency” that have evolved in the digital paradigm to encompass not just money, but amounts of time, attention, personal data and social participation in music experiences.”

On a societal level, we propose to contribute to the reinvention of what music is, and how we understand it, create it and consume it in the digital age. This project is based on an understanding of media innovation and implementation derived from Cultural Studies and Media Ecology, which provides a clear theoretical framework for practical interventions that make use of that understanding of how technological environments shape the responses and affordances of creative practice and enterprise within those environments.

Mumford’s ‘Technics and Civilisation’ (1934) posits technologies as both defining and being defined by the prevailing characteristics of the culture of the time, and especially of the sophistication and intellectual and practical developments of the age. Mcluhan (1962) demarcates several different periods of cultural history according to the dominant forms of media and communication. Rather than dividing prehistory into iron, bronze and stone ages favoured by archaeology, McLuhan favours the predominant communicative form as the central defining characteristic of an age of civilisation. McLuhan offers speech and writing as two significant early ages of humankind. While things we make from iron or stone might well be expressions of ourselves and our culture, nothing defines who we are, and expresses us more than the primary method through which we communicate with our contemporaries (Dubber & Wall, 2010).

McLuhan asserts that we have had an Oral Age, followed by a Scribal Age. The discursive medium defines the civilisation and the historical period in which we live. In fact, the dominant technologies of our times (Print, Electric, Digital) define our Age in at least as significant a way as Stone, Bronze and Iron have defined ages that come before ours. And in the light of that fact, we have unarguably shifted from an age characterised by electric and electromagnetic technologies (recordings and broadcasting, for the most part) to an age characterised by digital technologies. In so doing, we have shifted from an age of somewhat abundant ‘mass’ media — though with finitudes and scarcities (such as spectrum availability) to one in which we have discovered ways to put ever more abundant and replicable media forms to use in the service of arts, culture and sciences – and, simply, to express ourselves to other human beings. To the extent that the dominant media technologies define our age and the means and mode by which we communicate, they also shape the ways in which economic activity that relates to those forms of expression can be maximised within our cultures (Dubber 2013).

To that end, this project builds from the insight that there have been five primary historic ages of Media (ibid.):

1) In the First - the Oral Age - the primary means by which music was produced, disseminated and consumed was through performance of song, in person. Storytelling and song are interlinked, and the professional music maker was the travelling musician, troubadour or minstrel.

2) In the Second - the Scribal Age - the rare gift of literacy was the ticket to solvency as a musician, and as the skill was uncommon, the composer and musician occupies a place of high status within society. He/she composes and makes copies of his/her works, distributing the handwritten notation to his assembled team of musicians, and they perform for the entertainment and dancing of the guests at the party of his/her rich patron.

3) In the Third Media Age - the Print Age - mass production and mass literacy lead to a market in printed sheet music - symbols on paper. The dominant economics of the creative music industries in the print age revolves around an enormous population of amateur musicians buying sheet music, taking it home and playing it on the piano in the parlour.

4) The Fourth Media Age - the Electric Age - ushers in an era of recordings and broadcasting. This is the music industry that we primarily recognise today. It largely revolves around passive consumption of idealised versions of musical works that are identical every time they are listened to.

We are yet to identify the definitive and primary mode of music production, dissemination and consumption in the Fifth Age - the Digital Age. However, we recognise its characteristics and can design methodologies based on a clear understanding of the contours and apparent nature of the digital terrain within which we find ourselves. We propose that immersive and engaging participatory, collaborative, co-created and experimantal music media are not only possible with digital technologies, but these richer and more interactive experiences of music are entirely characteristic of this media environment. As an expressive art underpinning a creative industry, the economics of music can be maximised by understanding the dominant means of communication and expression, rather than by simply trying to make digital versions of electric-era musical artefacts.

The MusicBricks project aims to make use of this understanding of music in the Digital Age, by creating and deploying new processes, products and markets that stimulate participation, collaboration, co-creation and experimentation, thereby exploiting the experiential characteristics of the digital environment, so that both economic and social value can be generated.