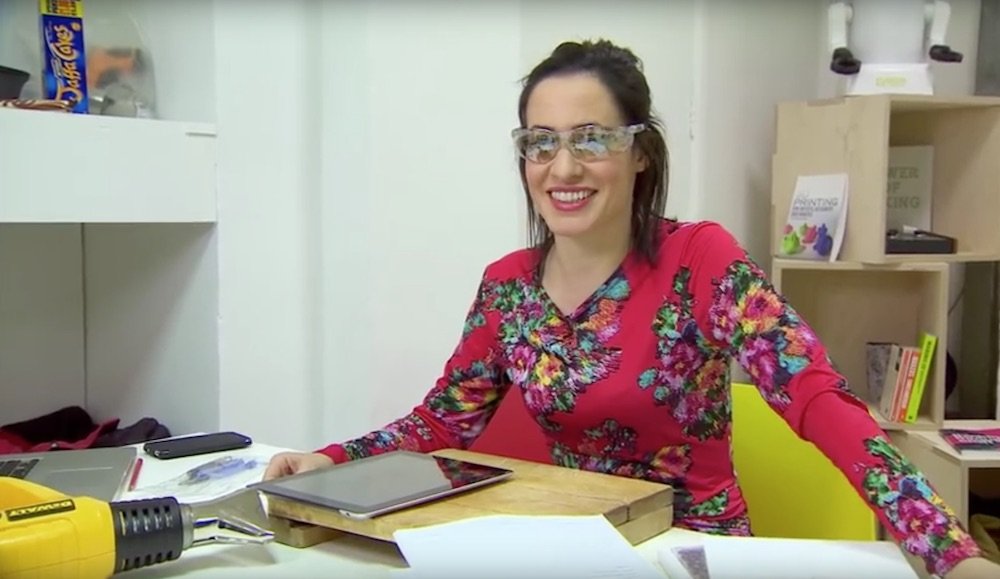 “How boring would a superhero ensemble movie be if everyone had the same super-power?” - LJ Rich

On International Women’s Day Music Tech Fest (MTF) announced the first of a series of “Wonder Women” who will be leading areas of their flagship innovation festival in Stockholm from 3-9 September 2018 with a showcase open to the public from the 7-9 September, in partnership with KTH Royal Institute of Technology.

LJ is a long-time collaborator with MTF, taking part in events across 3 continents and even winning a hackathon while filming a segment for the BBC!

“I’ve always adored music and technology - at 12 years old I was plugging data from planetary orbits into a music sequencer, so meeting a community filled with music tech innovators was like coming home. “

LJ is well known for presenting on the BBC’s flagship technology show ‘Click’, though she’s gathering notoriety talking about her synaesthesia - a mixing of the senses that gives her both super-powers and fatal flaws!  She has always been incredibly astute musically, perhaps due to her senses being mixed together. Imagine sound and music triggering colour, taste or touch - and the other way around.

LJ has interviewed everyone from founders and CEOs (Twitter, Raspberry Pi, Apple, Google, Barclays) to Rockstar Royalty (Brian May, Stevie Wonder). She loves exploring eccentric human/tech trends, and has created unique experiences for audiences from Harvard to Tokyo, Paris & LA. Her sound installations with Novalia have been on show at festivals including Austin’s SXSW, the UK’s Bestival and Nocturnal Wonderland in California, and her talks on creativity, innovation and technology often involve musical detours.. LJ read Music at Christ Church Oxford, and adores science fiction, japanese food and recreational lockpicking.

At #MTFScandi in Umeå she performed with Emil Åreng - Scandinavia’s top cocktail creator to showcase her extraordinary synaesthetic ability. Emil says LJ was: “probably the most incredible person I ever created a cocktail for and how she described it still gives me goosebumps”.

The compulsion to share what it feels like to taste or touch music, combined with an awesome hackathon environment gave LJ the inspiration to create beautiful live musical experiences from ambient environmental sounds. Her glitching project connected her with a community of supportive and excitable music hackers, leading her to do projects with London’s Science Museum, Disney and NASA.

LJ Rich hosts the 24-hour Hack Camp, part of Music Tech Fest Stockholm, which runs from 3-9 September 2018 with a showcase open to the public from the 7-9 September at KTH Royal Institute of Technology. MTF is cross-genre, international, enriching, and inclusive.