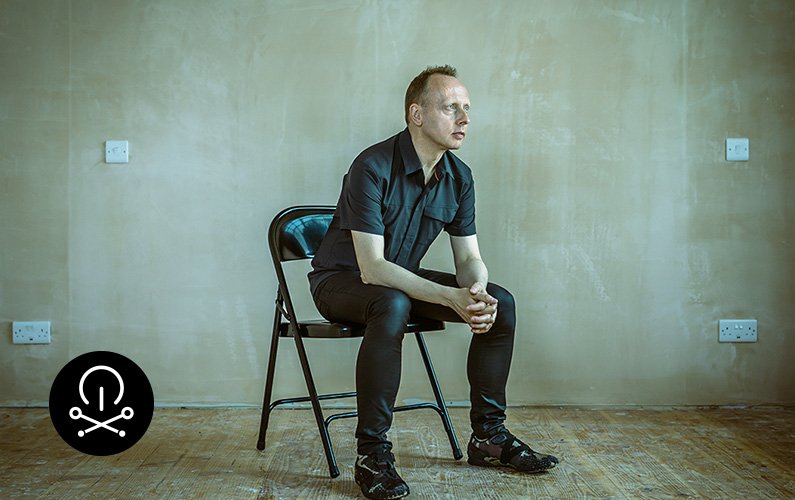 Robin Rimbaud is Scanner. He’s an electronic musician and sound artist who’s released albums, performed all over the world, invented noises for electronic devices, and created sound art installations in the most unexpected of places.

Scanner has worked with Laurie Anderson, Michael Nyman, Bryan Ferry, Hussein Chalayan, Steve McQueen and many others, he scored the world’s first VR ballet as well as over 60 contemporary dance productions, including works for the London Royal Ballet and Merce Cunningham in New York.

He presented his work and his life in sound at MTF Berlin in 2016 on the occasion of a commissioned installation at Rijeka Airport, run by MTF in partnership with the Croatian Cultural Alliance and the Primorje-Gorski Kotar County, and with the support of Sonos.

Hi, I’m Dubber. I’m the director of Music Tech Fest, and this is the MTF podcast. Robin Rimbaud is an electronic musician and sound artist who composes and performs under the stage name scanner. He’s released albums performed all over the world created sound art installations, invented noises for electronic devices, placed his music into the most unexpected of places, places where you might not think music should even be. He’s worked with Laurie Anderson, Michael Nyman, Bryan Ferry, Hussein Chalayan, Steve McQueen. He’s worked on the world’s first VR ballet, and he’s scored over 60 contemporary dance productions including works for the London Royal Ballet and Merce Cunningham in New York. So back in 2016, MTF managed a competitive call for musical and sound art installations for Rijeka Airport in Croatia. They wanted something for travellers to experience that reflected something about the region, and that incorporated the unique history and musical scale. We put out the call and within a week, we had over 100 responses, including over 40 completed submissions. The project was so successful and the calibre of the entry so high that the judges awarded three first prizes. And so three works were commissioned instead of just one. And one of the winning entries was Scanner’s water drops which was installed in the airport, unveiled an official ceremony with all the dignitaries and press and reactor and then presented on stage at MTF Berlin, where we asked Scanner to tell us a little about his work and his life and sound that led to this beautiful and incredibly peaceful installation. So live on stage at Music Tech Fest Berlin in 2016. This is Robin Rimbaud, aka Scanner .

That’s Scanner at MTF Berlin in 2016. And that’s the MTF podcast. We’re just back from running MTF Örebro this week at Örebro university with AI labs developing projects around accessibility, dance language, generative music, gesture, and robotics. Lots to report from that. So you might want to subscribe to the newsletter if you haven’t already. And that way you’ll be first to hear about the new projects and events we have coming up in the pipeline. Just go to Music Tech fest.net slash newsletter. And of course if you enjoyed this Don’t forget to share like rate review and subscribe and I’ll catch you soon. Cheers.