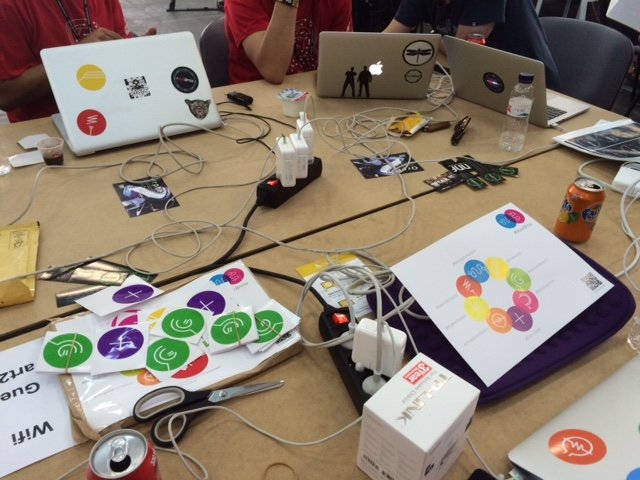 #MusicBricks: 8 new startup ideas with half a million social reach

We’re just six months into the #MusicBricks project, and already eight new product concepts are being developed into brand new startups and projects. The tools have proven so popular and have generated such a buzz across social media that news of #MusicBricks has now reached over half a million people worldwide.

#MusicBricks puts exclusive new technologies from the world’s top research institutes into the hands of hackers. These tools range from low-latency microboards specifically designed for music processing to gesture sensors, music transcription applications, melody extraction, pitch detection software. They’re the building blocks of new music tech innovations - and successful projects are helped to commercial prototype with a bit of funding and a lot of support with strong links to industry.

If you’d like to be involved with #MusicBricks, drop us a note. Just hit reply to this email and let’s talk. You can also find out more about #MusicBricks here.

The projects so far:

Four innovative seed ideas developed at the #MTFScandi hack camp last month and four more from last weekend’s Music Hack Day Barcelona at Sonar+D have been selected by expert industry judges to go the next step and prepare their ideas for a real world market.

If you’re a hacker, developer, maker, designer or artist, there’s still a chance to get your hands on these tools to create intelligent music objects. Join us at #MTFCentral18-20 September 2015 in Ljubljana, Slovenia for the final #MusicBricks creative test bed and you’ll have exclusive access to these tools. Get hands-on with tangible user interfaces, musical libraries for real-time sensor analysis and visualisation.

The best ideas will be showcased on the Music Tech Fest stage, live-streamed, uploaded on the MTF channel, and micro-funded to evolve to early stage prototypes. Our community will help you evolve your ideas and turn them into something everyone can play with.