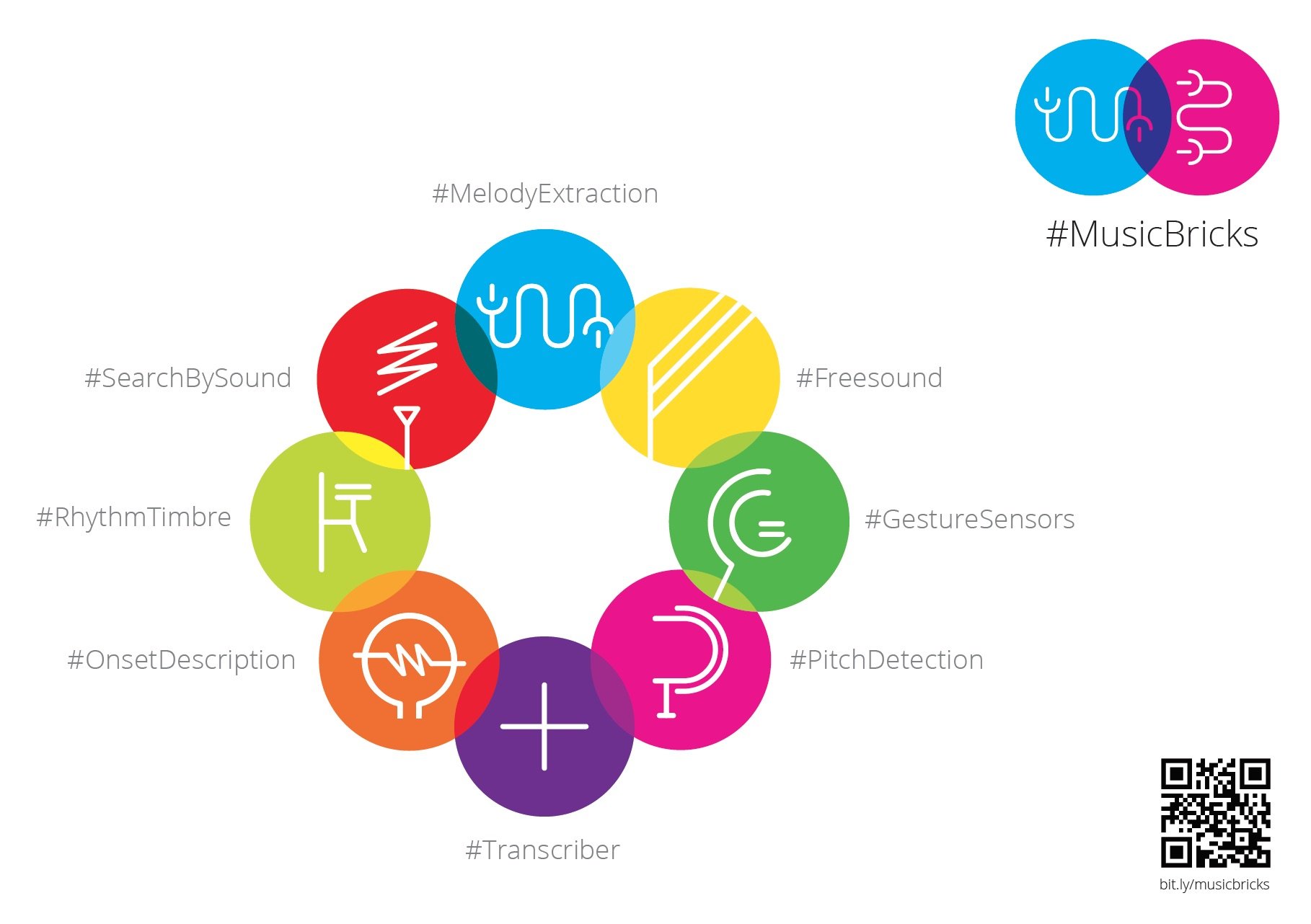 The Music Tech Fest team are in Barcelona this week for the Music Hack Day event at Sonar+D.

The #MusicBricks project packages exclusive new technologies from top European research institutions as a series of APIs, Graphical User Interfaces (GUIs) and Tangible User Interfaces (TUIs). These APIs, GUIs and TUIs are the 21st century equivalent of Lego bricks - simple components that combine to build ingenious projects. #MusicBricks places those building blocks of innovation into the hands of hackers, and provides microfinance for the best ideas to further develop to commercial prototypes.

Four #MusicBricks projects created at the #MTFScandi hackathon were selected for support and further development, and you can watch the video of those hack presentations here:

The full set of #MusicBricks - including gesture sensors, music transcription applications, melody extraction, pitch detection and other tools - have been made available to the hackers at Sonar+D, and the developers of these technologies are on hand throughout the event to demonstrate how they work.

We’re looking forward to seeing the results of Music Hack Day Barcelona and adding some more exciting projects to the fantastic roster of #MusicBricks supported ideas.

#MusicBricks is a collaboration between Stromatolite, Sigma-Orionis, Ircam-Centre Pompidou, Music Technology Group, Vienna University of Technology, and Fraunhofer IDMT, and has received funding from the European Union’s Horizon 2020 research and innovation programme under grant agreement 644871.

Music Tech Fest is coming to Central Europe. #MTFCentral will be at the beautiful Cankarjev Dom in Ljubljana, Slovenia on the weekend of the 18th to 20th September, in partnership with the Earzoom Sonic Arts Festival. Look forward to seeing you there.