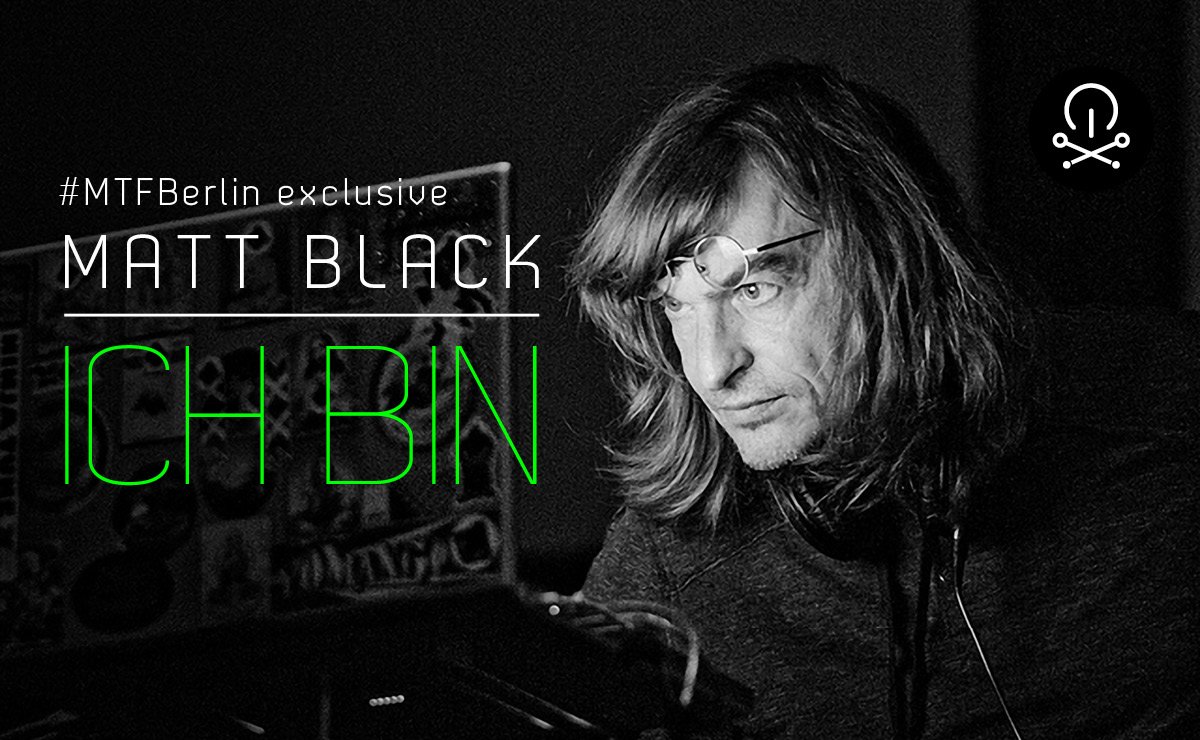 Matt Black is half of legendary DJ duo and multimedia pop group Coldcut, formed in 1987, and founders of Ninja Tune, the UK record label. He joins us with visualist Dario Jurelli at #MTFBerlin to perform a new audiovisual composition, ‘Ich Bin’.

In 2011 Matt designed the iOS app Ninja Jamm, Ninja Tune’s first music app which has had nearly 400,000 downloads; Matt uses Ninja Jamm to perform, lectures on apps, technology and music, and does workshops on how people can use the app for their own music. In 2016 he worked with Liquid Sky Berlin to produce an album of techno and noise packs for the app.

Matt’s stated ambition is to ‘create positive art, music and spiritual technology to blow the minds of the entire planet and catalyse the advancement of cooperative stategies’. He continues to gig, lecture, DJ, VJ, record, develop software and bridge the worlds of technology, club culture, art and activism.

At #MTFBerlin, Matt introduces his new work on the main festival stage, with the full performance in a premiere in #MTFLates - an after hours private club in a secret chamber of the Funkhaus on Saturday 28th May, available to #MTFBerlin festival ticketholders only.