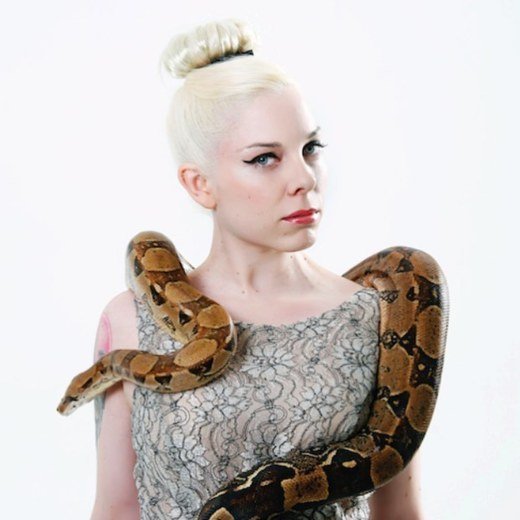 London-based producer, DJ and instrument designer Lia Mice was recently crowned “one of the pioneers of experimental pop” by Live And Die In Music, with praise for her newest LP I Love You appearing in Entertainment Weekly, MTV and Life + Times.

Resident DJ at SE London experimental dance night ELECTROLOGHTS.AV, and a doctoral candidate at the MAT Centre for Digital Music, Queen Mary London, Lia is currently producing her third solo LP, a selection of kaleidoscopic experimental-dance/weird-pop cuts created on analog samplers during her Masters research into the sampler as a time machine.

Growing up partially sighted, a fascination with sound came early in life for Lia. In a 2016 interview with London’s OMNII collective she reflects on how her early relationship with sound continues to inform her music. “I’m always trying to sculpt immersive sonic landscapes like the ones I grew up in… disintegration is part of that too. I lived by my Sony Walkman and played so many tapes to the point of destruction. I love that sound.”

After relocating in her early 20’s to the Brooklyn noise scene, Lia traveled the globe performing live in unconventional venues including a Buddhist temple in Tokyo; a monster’s birthday party in Rappongi; a clock tower in Manhattan; the Museum of Arts and Design in New York; a bunker in Munich and a thai disco in Singapore.