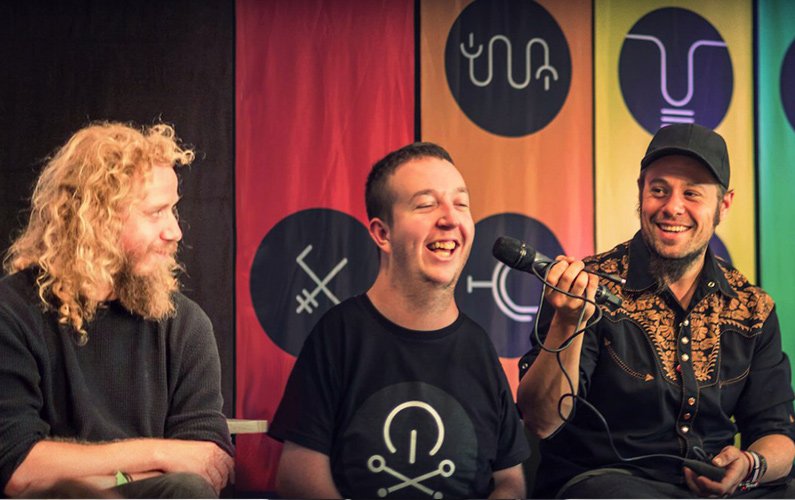 Fantastic news that Tim Yates, Tim Palm and Vahakn Matossian (L-R) have won the KTH Innovation grand prize of 50,000 Swedish kroner for their ‘LoopFree project’, which was created during the #MTFLabs in Stockholm last month.

The KTH Innovation Proof of Concept funding is awarded by independent judges to an exceptional team to enable them to further develop their music tech idea towards the market.

The LoopFree project is an Accessible Music Technology prototype that enables Tim Palm (aka DJ Arthro) much greater and more immediate control over multiple simultaneous loops as he performs live.

Tim’s live setup (“the spaceship”) uses an array of iPads that he controls with his nose and tongue, allowing him to create and trigger loops, but which also create a barrier between performer and audience. The LoopFree device enables him to also use his arms, which have a limited range of motion. It’s specifically developed just for him - but it’s the kind of project that cracks open the doors for musicians of all abilities.

Congratulations to Tim, Vahakn and Tim for this fantastic achievement - that’s such exciting news for all of us. And thanks again to our partners at KTH Innovation for acknowledging and supporting the brilliant projects that begin at MTF so that they can go on to have a life beyond them.