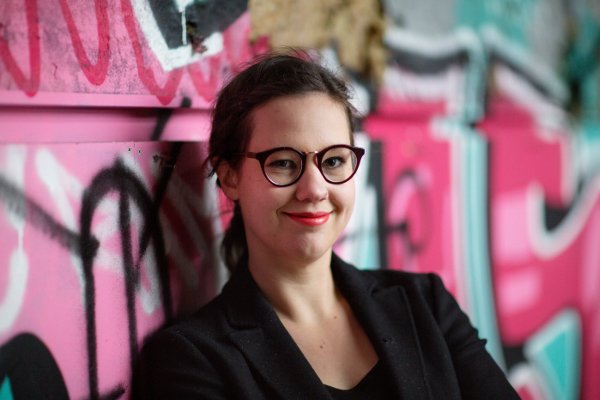 Hi I’m Katariina Kari. “What is it that you want to do?” is a common question I get asked. Upon pondering how to describe myself best, I have come to use the following metaphor: I operate my own ferry that goes back and forth between the shores of the arts, especially classical music, and technology. I hold a Master’s degree both in Engineering and Music and have founded the company ExClaM! Digital to guide art organisations in the possibilities of the digital age.

Recently, whilst in desperate need to correct my personal finances and to update my knowledge in technology, I applied to work at Zalando. I planned to get a cushy tech job part-time and produce underground opera in my spare time. But as always, the best-laid plans of mice and men often go awry and something else happened. My specialisation in web semantics caught the interest at Zalando and I became a full-time employee, working with a team of over 10 engineers to build a Fashion Knowledge Graph for Zalando. And I am loving it.

In my spare time (now shrinking down to evenings after work) I also co-founded the Game Music Collective, a professional orchestra performing music from video games. In the past two years of our existence, we have held four concerts and numerous smaller ensemble performances.

“So what is it that you want to do?” I have recently learned the reason why it is so hard for me to still answer this question with one sentence: apparently I am what they call a neo-generalist, a term coined by Kenneth Mikkelsen and Richard Martin. A neo-generalist “defies easy classification” (yes), “traverse multiple domains” (guilty as charged), a “restless multidisciplinarian who is forever learning” (that’s me).

I have been attending Music Tech Fests for five years now, and here I feel really at home. No one asks me what I do; they just come up with an idea, roll their sleeves, and start hacking. “We will figure it out as we go” and with a community inspired by music and the values music-making embodies, we groove and improv together, usually coming up with new things and alternative points of view.