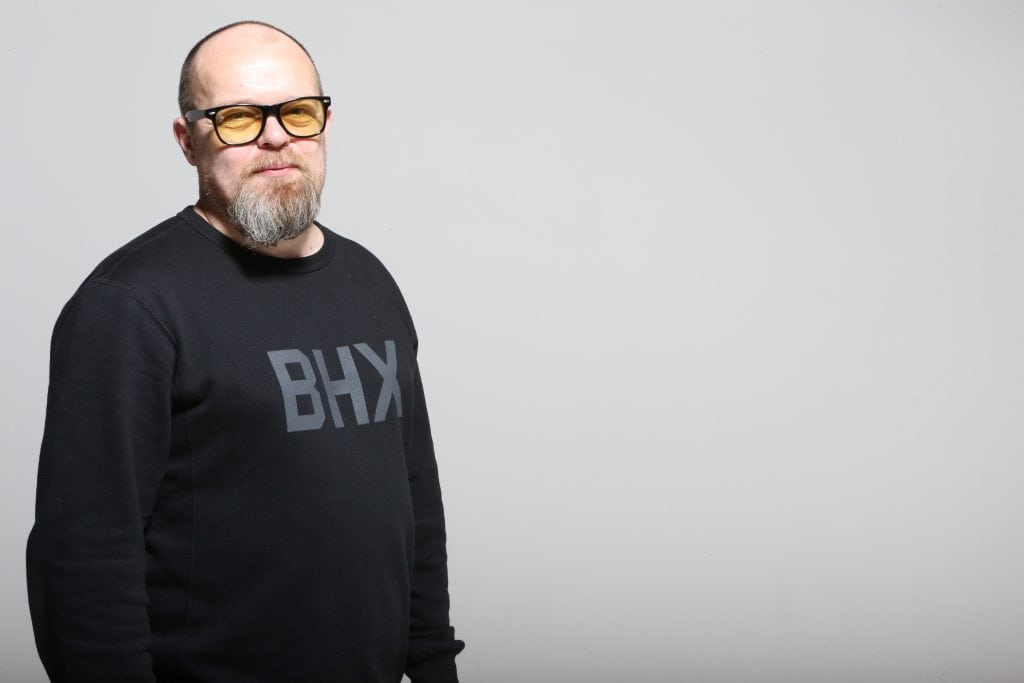 A big Brummie hello to all MTF folk. Or in local parlance, Alright Bab!

My name is Jez Collins. I’ve recently left academia to re-enter the world of struggling freelancing project work with the emphasis on social entrepreneurship and the Birmingham Music Archive C.I.C. which I founded in 2009.

A Brummie is the colloquial term for someone who comes from, or resides in, Birmingham, UK and my work is rooted in the musical culture of my home city.

Birmingham is most closely associated with being the birthplace of Heavy Metal. It’s the city that spawned Black Sabbath, Judas Priest, John Bonham and Robert Plant of Led Zeppelin, Napalm Death and Godflesh. But we are also the international capital of Bhangra and one of the capitals of Reggae with bands such as Steel Pulse, UB40 and Musical Youth all being Brummies. Throw in the likes of Duran Duran, Laura Mvula, E.L.O., Joan Armatrading and so many more and you begin to see the depth of Birmingham’s musical heritage and culture, drawn from over seventy years of activity and from our diverse communities.

But music culture is much more than just successful musicians and bands. It’s about the places and spaces music is made and consumed, the bands that only mattered to thirty people for a fleeting moment of time, of the record shops, the labels, recording and rehearsal studio’s, the sound engineers, tour managers, promoters and of course the audiences. Music provides us with life-long memories and friendships, it can bind communities through shared practices and it provides us with cultural reference points as we navigate our way through life.

And I want to capture it all. And I mean all! Every band that ever existed, every gig that ever took place, every tour manager, venue, recording studio, record shop, label, the whole kit and caboodle. Over ambitious? Never going to happen? Stupid to even think it?

Probably. But what if we could? If we could harness technologies to crowd source the entirety of music history, heritage and culture. Where everyone’s story counted, where we could disrupt the dominant historical music narratives that we are continuously presented with. Where western music culture was just one aspect of music history. Where we encouraged people to look under their beds or in their lofts or in those empty shoeboxes that are stuffed full of photographs, demo- and mixtapes, gig tickets, flyers, posters, badges, magazines and so on, to unlock, share and repurpose the amazing materials of popular music.

I’m really looking forward to meeting, talking and sharing ideas, opportunities and challenges on how and what we collect, preserve and exhibit of popular music’s past (and let’s not forgot to talk about how do we document the contemporary!) at the symposium.