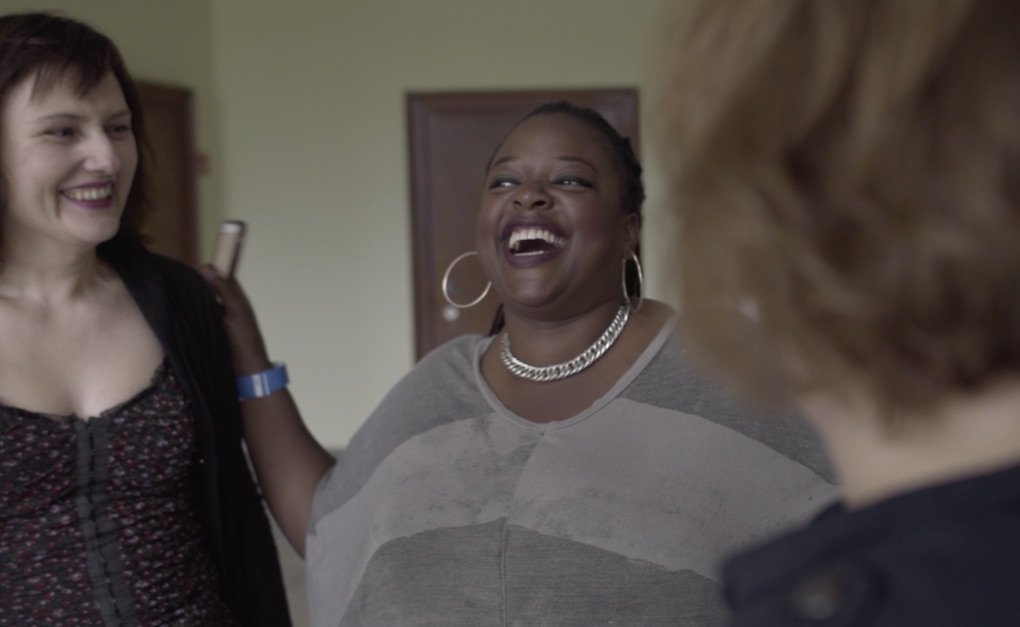 “The human voice is a powerful instrument, whose potential many of us rarely explore. Our voices allow us to communicate our thoughts in complex ways, beyond just the words which are chosen. The way in which our words are spoken - the tone, fluctuations, the subtle pauses - all of these are part of this complex vocal expression. The human voice is capable of creating so many unique sounds, and yet the range of sounds most humans will use in their lifetime is incredibly small in comparison.” - Ginger Leigh

Amid substantial innovation in text-based and visual data sharing, vocal communication has experienced comparatively less investment. In a world where touch-screen, keyboard and photographic technology reign, where does the voice belong? The tech market remains largely unfamiliar with the scope of human vocal potential, and as far as modernisation goes, the medium remains largely stable. But all this may be about to change.

A powerfully intimate tool, the voice has been proven capable of shaping our identity among wider society, yet its scope and influence remains generally elusive. Certainly, its role may seem hard to quantify, but with these ambiguities also come opportunities.

In a UK-wide introduction to phonetics, a recent Horizon special dedicated itself to the science of laughter, hinting the voice’s emergence as a new cool kid on the academic block. Not least, from April to May the Wellcome Collection’s This is a Voice exhibited an array of artefacts tracing its peculiar story to the curious public. Unlike the Wellcome’s anthropological display, the Vocal Tech Lab constitutes an applied, inventive response to the medium, executing a dual programme of prototyping and live performance to raise awareness of vocal potential beyond gallery walls.

Renowned for straddling a prolific beatbox career with academia, Yeff constitutes the primary subject of Dr. Sophie Scott’s study of expert vocal behaviour at UCL’s neurological department, and this October, joins Harvard by invitation as Artist in Residence.

Colleague Ginger Leigh is a cymatics specialist and multidisciplinary designer practicing a unique marriage of semiotics and sound, showcased in her collaborative piece with Yeff, Computer Talk, and more poignantly in Tzo-na, a visual language constructed by Leigh herself, while members like Ben Aves’ future-facing applications for sound design includes the illustrious Polyphonic Playground, encoding the touch-activated structure with shifting skins of vocal samples at venues including Miami Art Basel and Milan Design Week.

For 72 hours, the collaborators set out to identify new applications for the voice, testing technologies in response to a wide range of its permutations – from the everyday to the extreme.

As it stands, the majority of voice-technologies are produced for narrow, experimental purposes and remain too obscure for the public. Appealing to an intersection of groups – from mobile device users to the disabled, low income to specialist artists – the lab earmarks a fresh wave of voice-technology ideation for popular as well as targeted use. Engineering with a bigger social picture in mind, its ideas embody the creative acumen of its members for slick, user-friendly design.

Following its milestone assembly at MTF, the team forms an ongoing laboratory for the continued development of its public and private prototypes, and incubator for its members’ independent projects.

The laboratory’s 72 hours of ideation was retold as a multimedia performance, weaving prototype demonstration in among breathtaking vocal evocations by a chain of expert vocalists attending the festival.

Bookended by very different worlds - the ethereal, folk songs of Russo-Ukrainian choir Polynushka, the incredible soulful voice of Mercury Prize-nominated singer Eska, and a thrilling, non-verbal exchange between Grace Savage and Reeps One, it chronicles the deeply traditional and romantic heritage of the voice as it transforms into a foreseeably experimentative format.

The show is a cleverly expressive spectacle, celebrating a clandestine vocal range which not only entertains, but acquaints audiences with their own sonic potential. Its showmanship in combination with live testing offers a glimpse into a vibrant vocal world for spectators and investors alike.

The Vocal Lab’s timely assembly motivates questions about the wider societal role of the voice in recent years.

Since the telephone’s advent, the ‘Voice’ is yet to experience its second coming. Dominated by messaging services like Whatsapp, modern communication and even identity has begun to rely on a vibrant and evolving text-based landscape of viral colloquialisms, memes and emojis.

Engineers remain obliged to develop voice-messaging in a practical way, while voice recognition capable of efficiently transcribing a range of timbres or interpreting intonation is seldom available.

Concerned with developing brain plasticity and “fine tuning oneself” to mind, body (and subsequently behaviour), specialised meditation and even social anxiety apps such as Headspace or Joyable are in digital vogue. Yet the voice as an indicator of emotional confidence or exercise tool to aid a lack thereof has not yet been integrated into mobile software. The Vocal Lab’s Retune gadget benchmarks a first in a fertile plane for voice-activated, self-help via portable devices.

Recalibrating our thinking of the voice as a means to push, mould, amplify or draw the world around us harbours the potential to empower all sectors of society, but perhaps most poignantly it can offers major therapeutic possibilities.

One such project emerges from the arresting cymatics series by Yeff, who for the first time, wishes to reconstitute the medium as a visual instrument for the deaf. Displaying the morphology of sound, the instrument would literally translate a player’s vocal resonance into art.

As phoneticians explore the voice’s permeating social role, failure to repurpose it as a meter, antenna or orientational tool seems increasingly like an opportunity cost.

“There is a direct path from intention to voice. I believe data drawn from here is the next step in true expression.”
- Ben Aves

Though the cultivation of new social habits may require an open mind, it is evident that with little effort, this biological mechanism could be working harder in our favour. For the disabled, opportunities to break perceived barriers with the voice alone, require even less justification.

Fast-paced infrastructure and shifting behavioural patterns indicate a clear mandate for developing technological responses to an arguably dormant vocal paintbrush, framing a future wherein this ubiquitous power may truly graduate, and become instrumental in how we navigate our lives.