Imogen Heap to lead labs and tech showcases at MTF 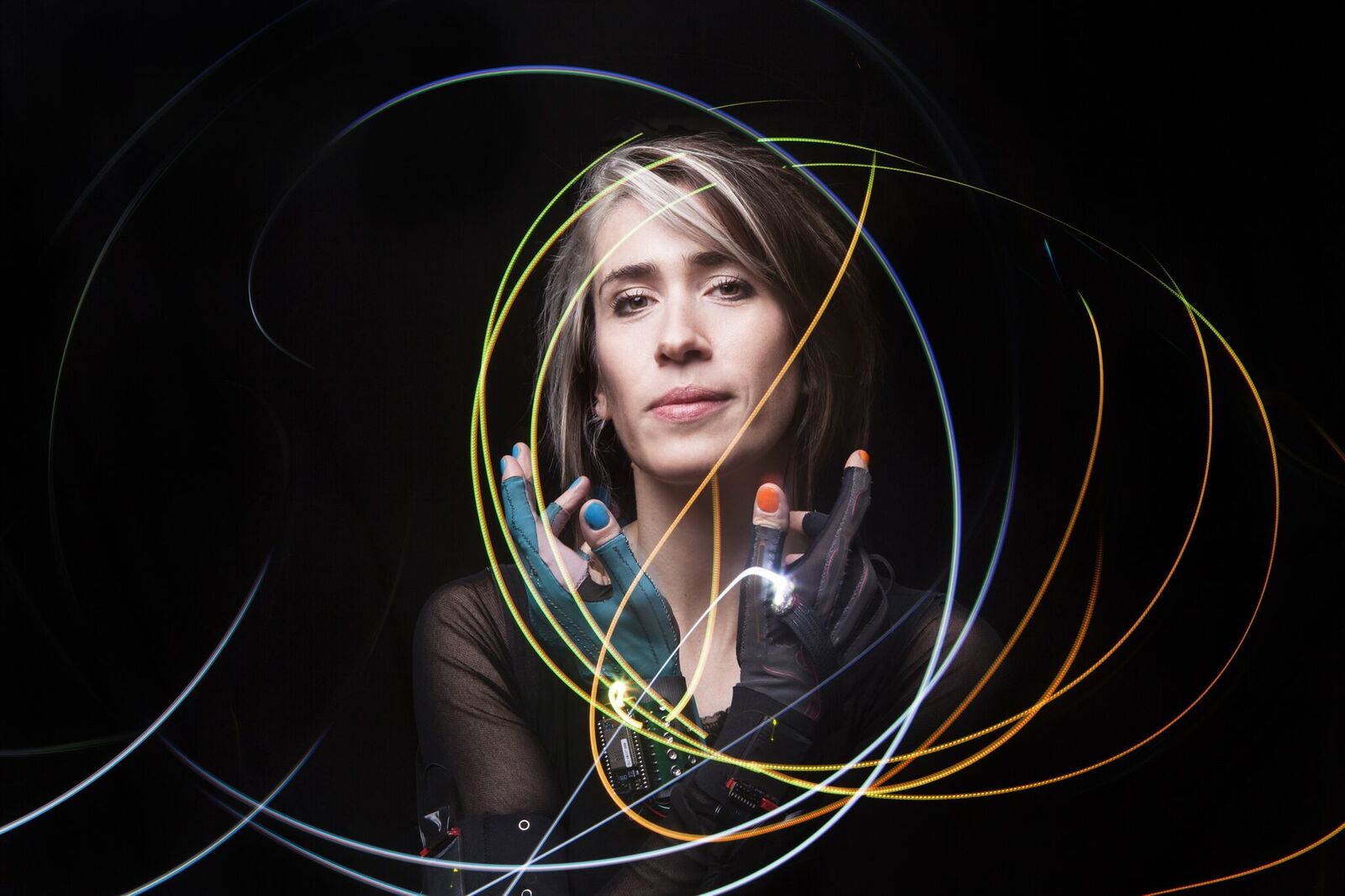 Fantastic news: Grammy and Ivor Novello winning British artist and polymath Imogen Heap is the next in a series of inspirational ‘arts-meets-science’ Wonder Women who will be leading areas of the flagship Music Tech Fest (MTF) innovation festival in Stockholm from 3-9 September 2018 with a showcase open to the public from the 7-9 September, in partnership with KTH Royal Institute of Technology.

Imogen joins LJ Rich of BBC Click as the next in a series of inspirational Wonder Women leading technology areas of Music Tech Fest Stockholm. Founder of the festival Michela Magas says: “Why all women? Because we can. The MTF community is highly diverse, completely inclusive, and doesn’t want to miss out on any intelligence. Our tech labs totally challenge the usual statistics in this domain.”

Self-produced, independent, engaged, Imogen Heap blurs the boundaries between pure art form and creative entrepreneurship. Writing and producing four solo albums, another one as half of Frou Frou and countless collaborations, she’s an artists’ artist. Heap has been nominated for five Grammys, winning two, together with an Ivor Novello, The Artist and Manager Pioneer award and an honorary Doctorate of Technology at UWE. At TED Global 2011 Heap first publicly performed with her Mi.Mu Gloves - cutting edge gestural music ware she has developed with a team of engineers and scientists. In 2015 Imogen wrote and produced the score for Harry Potter and the Cursed Child and received an Olivier award nomination for Outstanding Achievement in Music.

Imogen says: “Very much gearing up and looking forward to a giant sharing of ideas at the brilliant Music Tech Fest this year, wearing my three big passion hats of creativity, technology and business with Music, Mi.Mu and Mycelia.”

As well as performing in both intimate and theatre settings, Imogen is bringing her brainchild, Myceilia’s Creative Passport to MTF Stockholm and will be leading a lab on the ongoing development of the Creative Passport with local music makers, industry and policy makers. Mycelia strives to see commercial, ethical and technical standards set to exponentially increase innovation for the music services of the future.  The Creative Passport aims to become a digital identity standard for music makers, containing and/or linking to verified profile information, IDs, acknowledgements, works, business partners and payment mechanisms. Its mission is to empower a fair, sustainable and vibrant music industry ecosystem involving all online music interaction services.

Becoming a mother in 2014, saw her release Tiny Human as an experiment for Mycelia (Heap’s development hub for music makers and shakers). It became the first song to use smart contracts to pay musicians directly with each purchase.

Heap will also bring an interactive public exhibition of new technologies related to the Creative Passport, demonstrating Mycelia’s transformative capacity for the music business at an infrastructural level, touching on current trend topics such as identity, fintech, VR, big data and Blockchain.

Imogen Heap is seen as a pioneer for her innovative MiMu gestural music making system and for her leadership in the music business space. The exhibition will include the groundbreaking Mi.Mu gloves - a new frontier in wearable music digital interfaces, The Life of a Song - providing an eye-opening insight into the music industry via the lens of Imogen’s Hide & Seek, plus a suite of verified digital artist services.

Imogen Heap has written articles for Forbes, Fortune, Harvard Business Review and Demos, been featured in New Scientist, Wired, the NYT, and The Guardian, and has presented and performed at TED, SXSW, Midem, Slush and Glastonbury. Imogen has sold out venues such as The Royal Albert Hall (UK) and Greek Theatre (USA), collaborated with many renowned international musicians (Taylor Swift, Ariana Grande, Jeff Beck, Deadmau5) and creatively worked with tens of global organisations along the way (Intel, Dolby, British Council).

Imogen Heap hosts the Mycelia Blockchain Labs (by invitation only) and Creative Passport exhibition with Mycelia experiences (available to all) as part of Music Tech Fest Stockholm. Watch out for announcements about performances in both intimate and theatre settings. #MTFStockholm runs from 3-9 September 2018 with a showcase open to the public from the 7-9 September at KTH Royal Institute of Technology. MTF is cross-genre, international, enriching, and inclusive. Watch out for more incredible women taking over in the coming weeks.