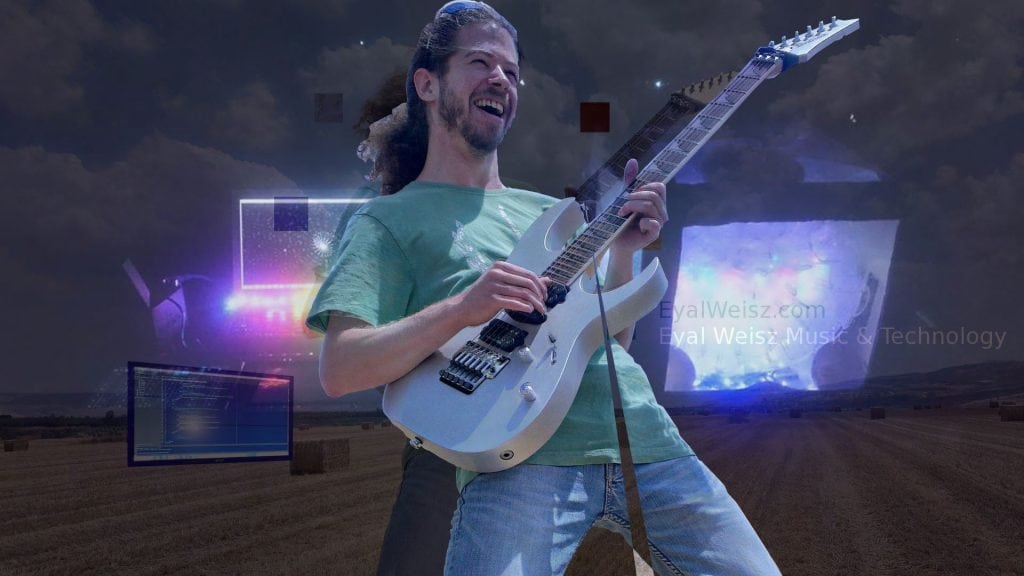 Ever since I was a child, I’ve always been interested in music, technology, people and nature. But it was only right before the age of 16 when my mind started looking at the world in a different way. I started experiencing music not just as an auditory medium but also as a visual and mathematical one. Electric guitar became my main instrument and I wrote my first code that played music.

In my early 20s, I started composing and looking for the connections between music, the brain, learning, and empowerment.

While working toward my degree in information systems engineering, teaching guitar, volunteering and living by the Sea of Galilee, I started combining it all together, and I was honored to win prizes in both R&D and informal education.

Later that year, I joined Run Dreamer’s (Rani Dar) crew, developing #PlayThisWall, a touchable musical wall, which thanks to Matt Strobel and the Music Tech Fest family, toured around Europe and the US, including Ableton Loop and the European Commission.

During the last two years, I took advanced studies in music technology at Bar Ilan University.

These days I’m working as a part-time CTO in a startup, and investing the rest of my time taking my projects to the next level. I’m currently working on:
Inspirations From Life - music album.
Inspiration Ninja - real-time musical and frequencies experiences including physical audio-visual controllers, LEDs, sensors and 3D Graphics.

In addition to performing with my tech, I intend to develop it as an applicative world for creating, researching, and healing.

So looking forward to meeting and celebrating with you!
See you soon at MTF Stockholm 🙂