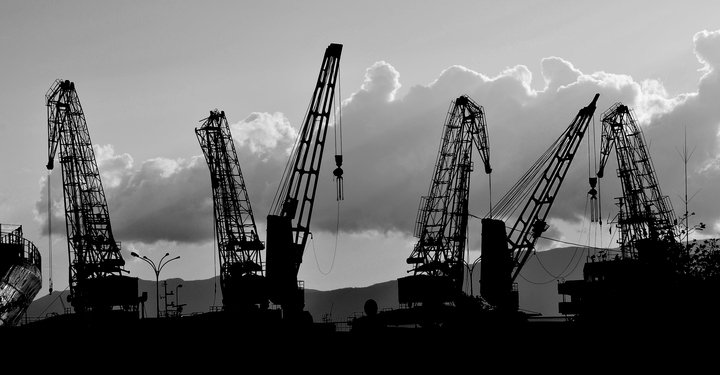 A rare opportunity has come up for a member of the Music Tech Fest community to create a sound installation for the passenger terminal area of Rijeka airport on the island of Krk in Croatia. We’ve been approached by the Department for Culture, Sports and Technical Culture asking if we would help them find the right person to develop a musical sound environment for the airport, with an emphasis on the cultural and traditional characteristics of the Primorje-Gorski Kotar County. This means working with the Istrian Scale and ideally partnering with local artists to create your interactive piece. They’re looking for six hours of material that can be looped… but of course, installations that are generative and responsive are certainly welcomed. They’re offering 40,000 HRK (Croatian Kuna), which is about €5250, £3880 or US$5900. There are also monetary awards for second and third place submissions. They’ve extended the deadline so we can invite you to participate. It’s a quick turnaround though. You’ll need to get it in to us by October 15th - so be quick. If you’re interested, give us an email. We’ll fill you in on the details. It’s a wonderful part of the world and such a fantastic opportunity to become an important part of its soundscape for visitors and people returning home.

Just down the road and across the border from where we held #MTFCentral a couple of weeks back, Rijeka (Fiume) is a port city on an inlet of the Adriatic Sea and (among other things) the birthplace of the torpedo and the home of the first ever high-speed photograph of a bullet in flight. Historically, because of its strategic position, the city was fiercely contested by pretty much everyone, especially Italy, Hungary, and Croatia, changing hands and demographics many times over centuries. Napoleon had it for four years. For a while, half of it was part of the Austro-Hungarian empire and the other half was in Italy. It was at the juction of cultures throughout history, which is why the local population speak several languages. The whole area is fascinating - with Celtic, Liburnian and even Neolithic settlements, and Roman remains can be found in abundance even just a few minutes from the airport. The locally-produced wine and the locally grown food there is so great. The Istrian region actually exports truffles to Tuscany.

The island of Krk, where the airport is located is a major summer tourist destination with charter flights coming in from all over Europe filled with scuba divers, jet skiers and windsurfers. The folk music tradition is very distinctive. Have a listen. There’s an improvised element to the singing, which you’ll get a good sense of in this video about two-part singing and playing in the Istrian Scale. For a contemporary take - check out Tamara Obrovac, who was nominated for the BBC Radio 3 World Music Awards in 2004. Anyway - if you make music and you’ve been to Rijeka, you’ll already be excited about this incredible opportunity. If you never have, then I know you’ll absolutely fall in love with the place. The food, the wine, the culture, the traditions and the music. It’s inspiring stuff… and this is your opportunity to reflect that in a sound installation that captures the essence of the region. This is a special invitation for the Music Tech Fest family around the world. We’re really looking forward to seeing and hearing what you come up with. Give us a sense of what that will sound like and how it will work - and we’ll submit your application anonymously to the commissioning organisation for their selection process. Just drop us a note if you intend to apply, and we’ll fill you in with all the details and criteria.