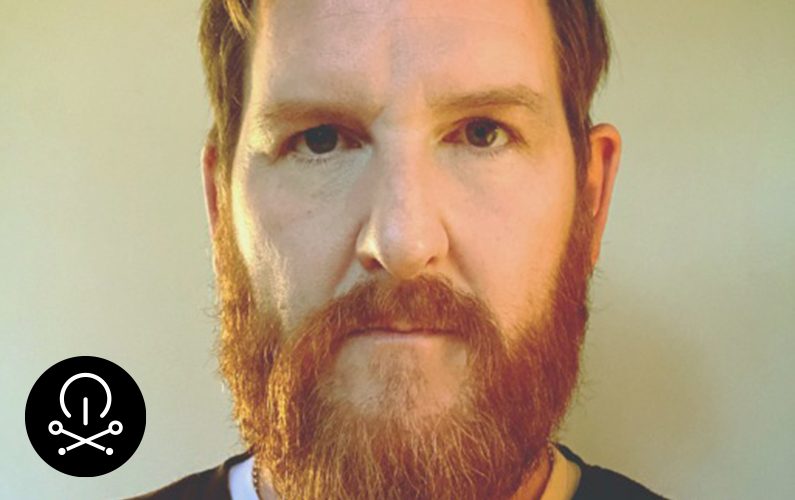 Anthony Cowie is a musician, sound designer and composer, producing work as Thee Manual Labour/Clutch Daisy. His interests and influences lie in manipulation of found sound and field recordings, generative composition, and finding the (dis)harmonic content that lies beneath everything. Using topography, identifying the liminal within place, folklore, and site-specific responses are notable features within his work. Growing up in the northeast Scotland, ensured roots in rural identity and concerns. This experience has gone on to inform field recording work which favours a bent for the pastoral over the urban. Conversely, a love of dissonance, density, and discord are identifiable within his guitar and orchestral writing. Work with band (x) is greater than (y) saw him performing alongside and on records with acts such as Henry Rollins, Bright Eyes, Coldplay, Death Cab For Cutie, Alasdair Roberts, amongst others. Commissions for theatre followed (Birmingham Rep), then as composer-in-residence on Isle of Jura (Whyte & Mackay), remixes/engineering for labels (A&M, Moshi Moshi, Fierce Panda), involvement in projects like Cities And Memory, The Dark Outside, Nordics In Exile, and appearances on panels at events such as In The City, Unconvention, and Amplified: New Music Strategies. Recently, he contributed sound design work for a Radio 4 documentary featuring Robert MacFarlane which has been nominated for 2022 Prix Europa award. Now holding a Masters in Music and The Environment, Anthony is now engaged in funded PhD research, through Royal Conservatoire of Scotland and St Andrews University, in association with Dundee Science Centre looking at ways in which music and sound can add layers of meaning.