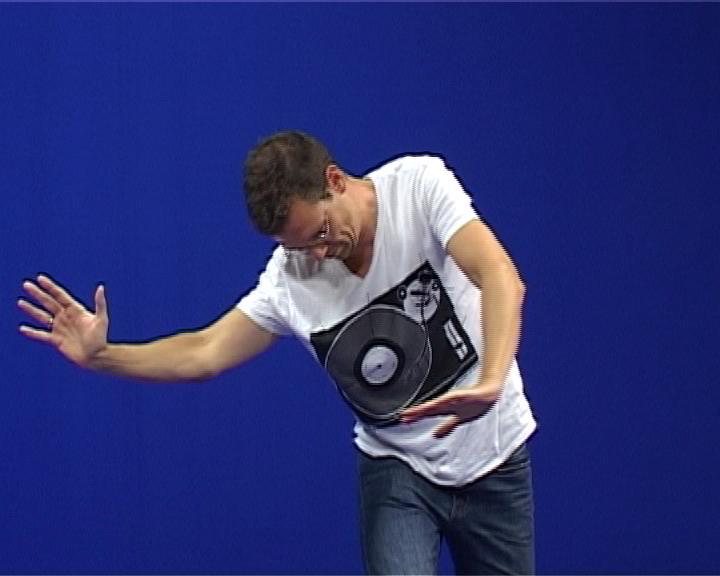 Hi! I’m Andreas Bergsland and I am a Norwegian music researcher and composer/sound designer working as an associate professor at the Norwegian University of Science and Technology. I have a background in musicology and the study of voice in experimental/electroacoustic music, with a focus on perception and analysis.

But in recent years I have gotten more and more into a more practice-based and artistic type of research using different kinds of sensors together with audio programming tools to explore movement-sound interaction. Especially, I have worked quite a bit with camera-based motion tracking, a minimally invasive technique that still gives a good sense of the kind of movements a user will have. Over many years, I have collaborated with choreographer and dancer, Robert Wechsler, a former pupil of Merce Cunningham and one of the pioneers of interactive dance. Our work has both had an artistic and a social side.

Firstly, I have been a composer/sound designer for MotionComposer, led by Wechsler, a company making a device that makes music from movements, focusing on people with different abilities. My role has been the composition of and an interactive environment called Particles using the audio programming language Csound. It has been hugely rewarding to experience the joy and curiosity with which these users have explored the MotionComposer through numerous workshops. This work is currently in a phase where we are working towards a version 3.0 using cutting edge stereoscopic 3D vision technology developed by a German company.

Secondly, I have also explored more artistic possibilities of the same technology in a genre of expression often called “interactive dance”. Here, the dancers aren’t dancing to pre-recorded music, but instead making the music themselves through their movement (see example below). I have been lucky to show my work at festivals and conferences both in Europe and America over the last years. Recently, I have also initiated the project VIBRA with a group of local artists from my home town, Trondheim: dancers, choreographers, visual artists, programmers and musicians. During two initial workshops we have begun to explore body worn sensors (IMUs and EMG) controlling both music and visuals.

I really enjoy to create music and art using tools that I have built myself, which I almost exclusively do, and especially when I can do it in collaboration with other creative people. I am really looking forward to participating at the MTF Labs, joining Prof. Danica Kragic and her AI team, full of brilliant and talented researchers and artists.