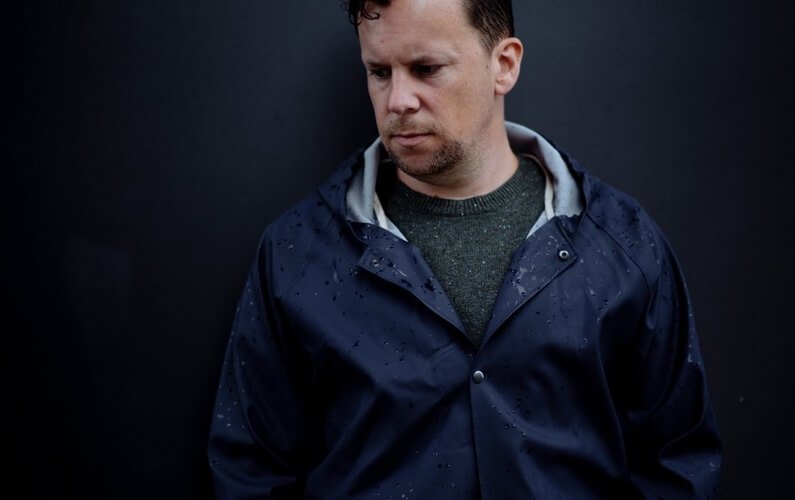 But I’m also known as Scrimshire, as Modified Man, as another as-yet-undisclosed pseudonym, as one of the bosses from Wah Wah 45s and the founder of Albert’s Favourites (both are record labels), as DJ Scrimshire (avoided at all possible costs - not the DJing but the putting together of “DJ” and “Scrimshire”) and most frequently to my wife, as “hon”.

I have been sequencing music since I was 13 years old, on an Amiga 500, with an 8-bit serial port sampler and a video/audio mixer from Radio Shack. That is to say, I was using all that then, I’m not using an Amiga anymore, though I do miss it sometimes.

I’ve released 3 albums as Scrimshire, plus many disco and funk “edits” and several EPs. About 90 songs over the last 10 years, which doesn’t seem much in retrospect, but felt a lot at the time.

I’ve also released a t-shirt with a special version of one of these songs magically linked to it via the T-Jay app, this was a glorious project with the ever inspirational Michela Magas and Andrew Dubber.

I have produced, mixed and been A&R for several albums, including work from Fela Kuti collaborator Dele Sosimi, British soul artists The Milk and Stac, jazz funk from The Expansions, electronic hip hop with Paper Tiger, singer songwriter Daudi Matsiko and many more. And in the last two years I created Modified Man with Dave “Deoke” Koor - a duo which celebrates the synthesiser and any boxes that deliver beautiful or terrifying sounds.

I like to sit and think about an online soft-synth that randomly generates and saves a three-minute, five-note chord arpeggio at a different speed and octave every day for 1000 days, until it is just a wall of noise.

In recent years, due to a degree of disenchantment, I abandoned the Scrimshire project to focus on helping other artists through my record labels. Attempting to improve service and transparency and ultimately contractual terms, which I hope to develop eventually into a successful, transferable co-operative record-label model.

Having said that, I have just recently begun work on the fourth Scrimshire album after a 6 year hiatus, and I’m attempting to complete it before my 40th birthday at the end of September… So if I look slightly stressed at MTF Stockholm, it will only be because I put this unnecessary time constraint on myself (seemingly this is my MO) and time is running out.

I am however very excited about it, both the album and being at MTF Stockholm. My last MTF experience was one of the most inspirational of my life.